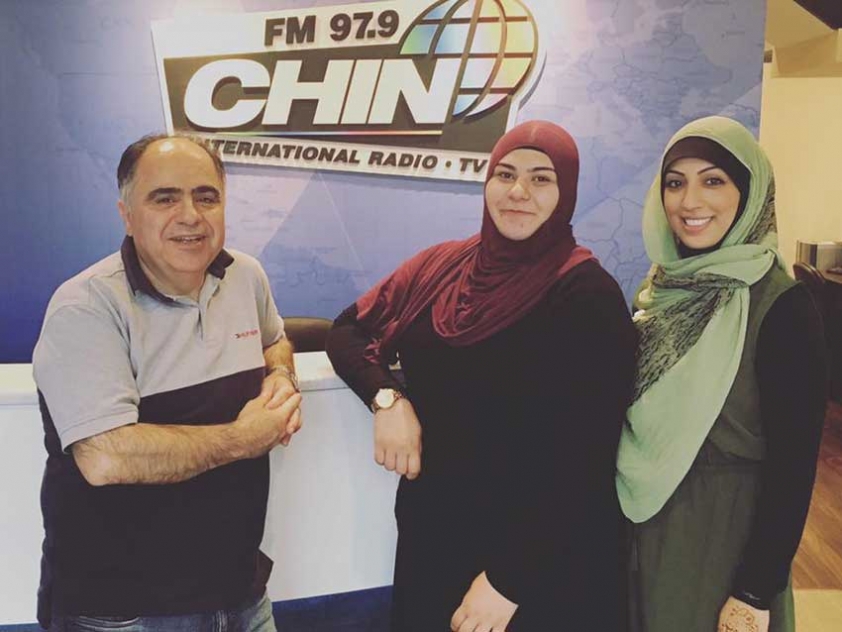 The team behind Serenity Islamic Mental Health Awareness is organizing a major conference from May 20th to 22nd to destigmatize mental illness within Muslim communities in Ottawa. Subjects that will be discussed during the conference will include depression, suicide, and addiction. “We want to destigmatize the mystery around mental illness and normalize it because it’s there every day,” Berak Hussain, the conference director, stated. Berak, an Iraqi Canadian professional counsellor, works with Carleton University’s Health and Counselling Services, who have endorsed the event.

A highlight of the conference is that Muslims living with a mental health illness have been included as speakers so that participants can learn directly from their experience on how to address the stigma around mental illness within Muslim communities. “How else can you really understand someone’s struggle if you don’t hear it from them?” Berak said, “As a practitioner myself, when I go to conferences, workshops, and training within the mental health community, I find that I am most deeply affected when I hear about the lived experiences of people who have a mental illness and their daily struggles. And when you hear from someone with a lived experience you connect more, it becomes more normalized; you are breaking down the fear and the shame and the taboo around mental health illness.”

The conference also marks a unique collaboration between Muslims across ethno-cultural and sectarian lines in Ottawa. “Serenity started within the Arab Shi’a Muslim community because there was a need for it as there had been two suicides within our community. But we want to reach out to everybody because there are no boundaries when it comes to mental health issues,” she explained.

In order to ensure the conference included a diversity of Muslim speakers, Berak reached out, “I just picked up the phone and called people who I felt shared the same passion and understanding of what mental health is all about. Despite our own specific beliefs that may be different, we all share a lot more as Muslims living in Canadian society, especially when it comes to the issue of challenging the stigma around mental illness within our communities. You can see in our roster of speakers how we have non-Muslims and we have Muslims from different cultural backgrounds and religious denominations. I think it shows that despite our differences everyone can work together on a topic that we all care about because it is so important to us in our personal lives, our family lives, and our professional lives.”

One of the speakers at the conference will be Somali Canadian mental health advocate Raysso Aden. She has led a number of initiatives particularly aimed at addressing mental health among Somali youth. “My involvement in mental health advocacy started nearly four years ago when I worked on a Youth Engagement Project with the Somali Centre for Family Services in partnership with the Ottawa Public Health,” she said, “Our team led focus group sessions for youth and parents with the goal of demystifying cultural and religious myths surrounding mental health and mental illness. Last year, I worked with the Pinecrest-Queensway Community Health Centre as a youth worker in mental health. My colleagues and I consulted with local health care providers to strategize on how to better educate Somali and other racialized youth to navigate the health care system. We’ve then organized a community forum titled “Let’s Talk” to encourage dialogue and shed light on available local resources.”

Raysoo thinks that non-Muslim mental health professionals should attend the conference to gain a better understanding of the importance of seeing spirituality as a part of the treatment of their Muslim clients who are seeking that. “Many Muslims feel that their faith is an intrinsic constituent of their mental wellness,” she explained, “However, despite significant research supporting the use of religion and spiritual values in relation to mental health issues, the spirituality component is often missing from our current healthcare system. The Serenity Conference will provide a more holistic outlook on various areas affecting mental health, which is not only backed by clinical data and medical research, but also encourages prophetic traditions and therapeutic implications stemming from the Holy Qur’an. This approach is quite unique and unlike any other conventional Mental Health conferences that have taken place in Ottawa.”

The opening night of the conference will feature performances by spoken word poets such as Carleton University student Haneen Al Hassoun. Haneen is glad to be involved in the event as she sees it as an opportunity to bridge the generational gap between Muslim youth and their elders on the subject of mental health. “As a Muslim youth and a Palestinian-Canadian, I am constantly struggling to navigate between these two identities,” Haneen shared, “This conference is important because it provides the space for myself and other Muslim youth to explain to our elders what we go through. The generational gap makes it difficult for us to be vocal about our struggles and for them to understand and provide us with the support we need. Our parents and grandparents always thought that any sign of mental illness is a lack of iman (faith). This conference is an opportunity to engage in a taboo topic that has been avoided for many years in our community.”

Haneen has been personally impacted by the unfortunate reality of suicide among Muslim youth in Ottawa. “A close friend of mine took his life away a few years ago and to know that we could’ve prevented it had we started these conversations earlier really hurts me,” she shared, “I think an event like this is an important step towards preventing suicides and knowing how to provide the support we all desperately need.”

There will be a Mental Health Resource Fair for organizations offering mental health services in Ottawa. If your organization would like to participate in the fair and showcase their services, contact Sara Yassin at 613 875 5697 or Lama Zaitoun 613 979 0634 to purchase a table ($25 for Saturday and $40 for the weekend).

To learn more about the Serenity Conference, including how to register, click here