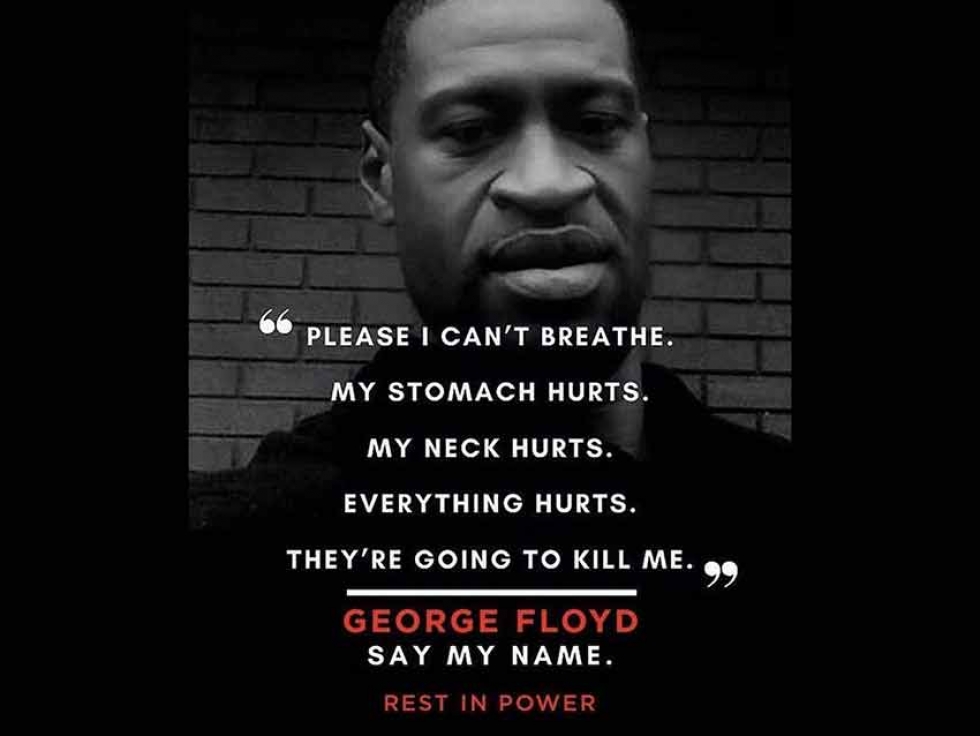 I want to be brutally honest.

When a heinous crime like the death of George Floyd happens, we see Muslim community members come up readily in outrage and you see posts crying for justice. This is great and it is what should happen.

As I too grieve this senseless loss of life and as George's pleas of "I can't breathe" repeat painfully in my head, I grieve a bigger blight in our Muslim community - the prevalent, deeply entrenched anti-Blackness.

No, it's not a leap to link a public lynching to the whitening Instafilters. No, it’s not a stretch to compare all the “Karens” who call on Black bodies for simply existing to you comparing which of your siblings was fairer as a baby.

Anti-Blackness starts with ending adulation of fairness. By valuing fairness, Blackness and shades of darkness are denigrated and looked down upon. It is a slippery slope when you regard someone with a darker skin as inferior or less desirable to tragically de-valuing Black lives.

I had to confront my own shade-ism just this weekend. Over Eid, our family had enjoyed a beautiful sunny picnic by the lake. I came home with a darker complexion due to the natural sunlight. That evening two friends commented complimentarily that they could see I had a nice tan. I looked in the mirror and was surprised to see how I had tanned so easily. The next day, I found myself voluntarily explaining to anyone I met why I had a tan. I did not see anything inherently wrong with it as I often attribute my over-explanation to my own poor body image due to years of trauma.

Then today, when my social media feed was inundated with images and post after post about anti-racism and justice for George Floyd, I sat back in my chair and felt horrified at my own realisation. Why did I have to justify having a darker complexion? What was the root of it?

I have often spoken up against anti-Blackness in the Muslim community. It is an issue that causes me immense sadness and helplessness. I strive to be an ally to Black community members. I immerse myself in diversity. And even I am not immune to being uncomfortable with a darker shade? Wow.

Needless to say, anti-Blackness is not merely a distaste for a darker skin tone or colour - it encompasses the bigger systemic issues, daily discrimination and endless micro-aggressions faced by Black bodies., but I wanted to bare what I perceive as the essence of the problem in our cultural communities* which is rooted in the idealization of fairness.

(*White bodies who adore a good tan do not fit this narrative, but it does not absolve them from selective shade-ism)

I have always been the first one to admit that dispelling discrimination and stereotypes takes a conscious effort on our own part. I grew up in Singapore where racial tropes and adulation of fairness are very much part of the cultural fabric. In a country where there is blatant social engineering, framing a person based on their cultural or language background was how I was conditioned to navigate my world from childhood. Only in my teenage years did I extract myself from that ugly mold. Nonetheless, I have recognised that remnants of that cultural conditioning remain in me and I fight it consciously and forcefully whenever it crops up in my mind.

The realisation this weekend of my knee-jerk reaction in trying to explain my darker face was a rude awakening. Honestly, it made me sick to think about it. How sad! But I can do better only by being critically self-aware and I know that I have much more to work to do on myself.

Even bigger work lays ahead of us to convince our Muslim community first and foremost to admit their own ignorant and dangerous attitudes of anti-Blackness.

If Bilal (ra) was alive today, would you marry your daughter/sister to him? Would you have sleepless nights worrying that your grandkids will be dark? Sit with those thoughts and recognise your own baseless fears and discrimination. Then with that painful awareness, hold yourself accountable.

Stop using the story of Bilal and the Prophet (pbuh)'s condemnation of racism as a demonstration of YOUR OWN treatment of Black people.

Consciously fight against subliminal or overt cultural cues of anti-Blackness.

Unlearn harmful assumptions about race and colour by checking your own biases.

Be brutally aware, because with awareness we can do better and show up as sincere allies for Black communities.

Wati Rahmat is passionate about social justice - she strives to create awareness and amplify the voices of the disenfranchised in whatever space she occupies.

She is an occasional blogger and has been involved in community organizing in Edmonton, Montreal, and Singapore.