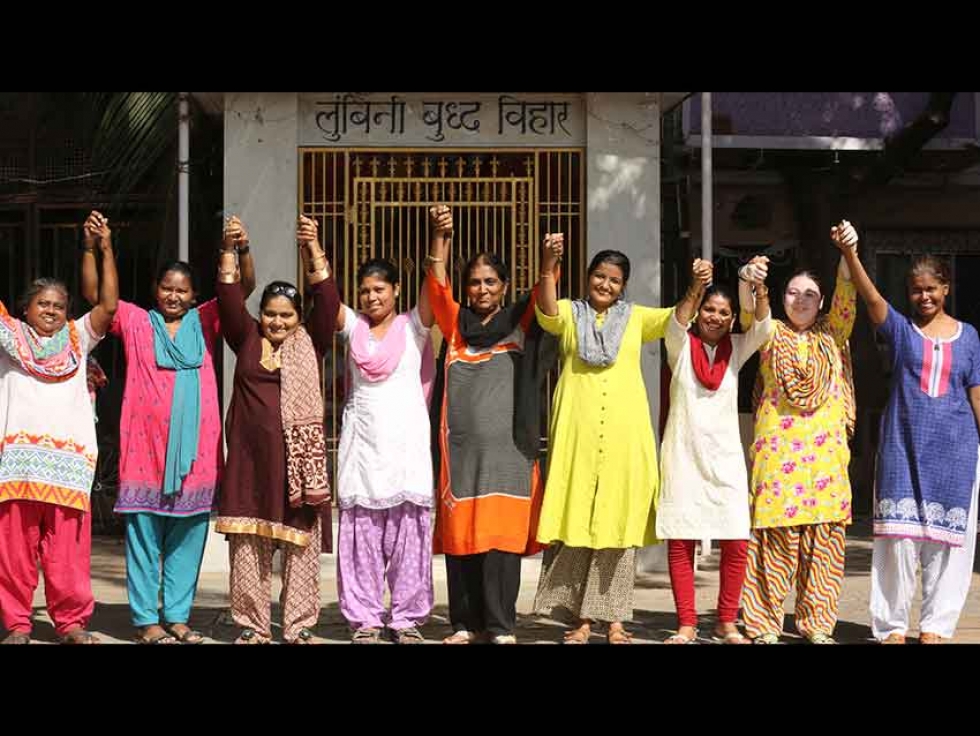 In India, Muslim women have been fighting against the prevalent Muslim family law of instant, oral divorce (triple talaq) that can only be given by men. 3 Seconds Divorce, tells their story.

The film is directed by award-winning Toronto based Indian Canadian filmmaker Shazia Javed and had its North American premiere at the Reelworld Film Festival in Toronto in October.

The film is screening on October 20 in Ottawa followed by a panel discussion with the filmmaker.

Triple-Talaq is a practice within Muslim Family Law that makes it permissible for Muslim men to divorce their wives by simply saying the word ‘talaq’, which stands for ‘divorce’, three times. 3 Seconds Divorce reveals the impact of this instant-oral divorce on Muslim women and takes us behind the scenes of the revolutionary movement led by Muslim women in India. This sudden divorce makes women prone to homelessness and abuse, sometimes forcing them into halala , a practice that requires the divorced woman to get married to another man, 'consummate this marriage', and take a divorce in order to return to her original husband.

The film follows the journey of Lubna, who was divorced this way and thrown out of her house with an infant. She joins the growing movement of Indian Muslim women and becomes a social-worker activist. But the challenges she faces are immense, from unstable personal circumstances to threats posed to the larger movement by religiously polarized and politically volatile environment of India.

1. Why did you become a filmmaker?

I am an Indo-Canadian Muslim woman filmmaker. All these identities and their intersections play into the work that I create. I like to grapple with stories and ideas and do all the work that is required to make a film and bring that to an audience. I think the time when people are engaged with what you have created is magical and powerful. I like to use it to build bridges, break stereotypes, center the marginalized perspectives from my communities and amplify the voices that are often muted, supressed or co-opted. This is what I became a filmmaker for.

I went to film school in India and had to work hard to continue in the same profession after migrating to Canada. I am thankful to everyone who has supported my work.

2. How did you learn about the practices of triple talaq and halala in India?

So I have spent a greater part of my life in India and these were the things you always heard about—a relative’s husband had orally divorced her because she didn’t bring enough dowry; and I vividly remember elders talkig about a woman whose husband threatened her with divorce every other day because she wasn’t as ‘obedient’ as he would like her to be. Even as a young girl, I used to feel outraged that something like this was legal and condoned by faith leaders. When I say ‘something like this’, I mean a practice that denies women any agency and basically sets them up for all kinds of abuse in a marriage which is supposed to be a relationship of equals. My film features an interview with a man who says he uttered the three divorces in anger and wanted to continue living with his wife but the community won’t let him till his wife went through halala. Halala is basically enabling rape because what they are doing is getting the woman married to another man and the condition is that this new marriage must be ‘consumated’ before he divorces her. Without going through this process the woman cannot continue to live with her original husband.

3. How were you able to connect with the activists trying to get justice for Muslim women impacted by these practices?

That’s part of the research – reading news, reaching out to local contacts, and then following up. I also had a co-producer based in Mumbai. We shot with many more women and activists in the development phase before deciding that we want to follow the story of Lubna and Bharatiya Muslim Mahila Andolan (Indian Muslim Women’s Reform Movement). In Lubna’s story, I see the struggle of every marginalized person who is fighting against institutional oppression—the highs and lows of it, and the financial, social and emotional toll that takes.

4. Why was it important for you to highlight the work Muslim women are doing to fight for justice? How do you feel this is different than how stories about the challenges Muslim women face are usually handled?

I did not want to make a film where I go to India, shoot, edit and tell the story that, ‘Look, Muslim women in this country are being oppressed, they are helpless and I am going to reveal what is happening to them’. Especially when I knew that women are fighting to take their autonomy back and they are the ones who best know what will work to resolve their issues. As a Muslim woman myself, I have seen too many narratives where we are stereotyped or patronized. How many times have we seen Muslim women, or Women of Color, as agents of change? How many times have we seen women from the so-called ‘developing world’ as agents of change? While the truth is that they are. Women all across the world, of all faiths and cultures, are fighting their own battles.

The thing is, Muslim women’s activism faces some more challenges and this is true for India as much as it is here. When Muslim women finally find the courage to call out the patriarchy and oppression that they face in the community, they also, at the same time, have to deal with the anti-Muslim sentiment that is dominant these days. This is dual silencing. We need space where we can talk about and address our issues without any fear. And that would be a sign of true inclusivity.

4. What reactions have you received from other Indian Canadian Muslims to the documentary so far?

Ever since the word on my film has got out, many women have sent me messages. Some of them have told me that instant, oral divorce was given to them or someone they know, right here in Canada. These messages are sent to express support for my work. More than one woman has reached out to say how glad she is to finally see this being talked about in the open. And that’s the best outcome I could hope for with my film, that we start an open conversation.

5. Who should watch this documentary?

Anyone who cares for human rights and human stories.

I want to take this film to as many people as I can; and ignite as many honest conversations as I can.

I have also started doing research for my next documentary; and I am working on a script for a short-fiction film that I want to direct.

Check out an interview with Shazia Javed in English and Hindi/Urdu on Canada One TV below:

To learn more about 3 Seconds Divorce, visit the website here