Farheen Khan is the co-founder of the Women's Mosque of Canada.

As the Principal consultant of FSK Associates, Farheen Khan has held several leadership positions working for and providing oversight in the areas of capacity building, community engagement, fundraising, marketing and communications to organizations of varying scales.

To date, Farheen has raised over $17M for local and global causes. She has a background in Business Marketing and is a graduate of the CITY Leaders Program, Maytree Foundation's Leaders for Change, Civic Actions, DiverseCity Fellows and the Centre for Social Innovation's Agents of Change programs.

In 2015, Farheen ran in the Federal election as an MP candidate and became the only Hijab wearing woman to run during this 11 weeks federal anti-muslim, hateful divisive election campaign.

Farheen is an author and advocate and continues to speak in the media on matters of gender-based violence, islamophobia, equity, civil and human rights. Farheen is the Board Chair of Azeeza for Women (azeezaforwomen.org), as well as the Lead Organizer for the Uniting Muslims and Allies for Humanity (UMAH) Collective.

Today, Farheen is also the host of the "Azeeza Show", on Eawaz.com, which focuses on discussing social issues from a gendered lens. 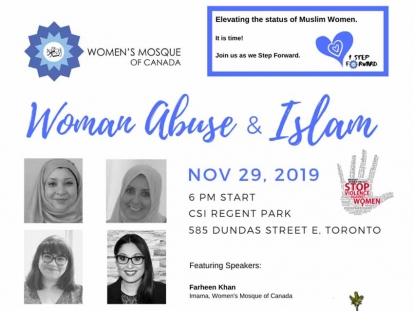 Learn about Woman Abuse and Islam on November 29 in Toronto

Marking the UN declared Day for the Elimination of Violence Against Women join the Women's Mosque of Canada for a frank discussion about Woman Abuse (in all its forms) and how it impacts Muslim Women and how faith plays a role. 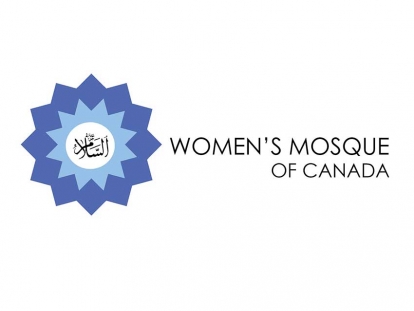 On April 19, 2019, Good Friday & on the eve of the 15th of Shabaan, Muslim Women and their allies to launch the Women’s Mosque of Canada.