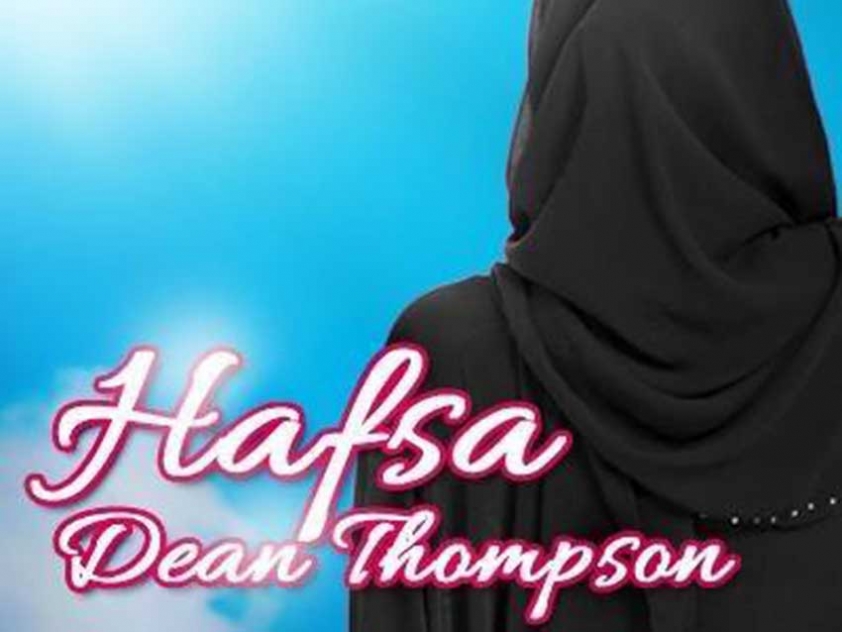 Hafsa Dean Thompson has chosen to not use her photo publically for privacy reasons since an incident occurred when she appeared on the cover of a Muslim magazine in BC. Courtesy of Hafsa Dean Thompson
14
March
2015

How did you become a teacher of Islamic Studies?

I was raised as a protestant and became a born-again Christian when I was twelve, which ventured out of my family’s scope of religious understanding. I always thought of myself as a spiritual individual and I love religion and I love studying religion. I started studying quite young. At the age of twelve, I would go to seminars with people in their late teens and early twenties. At the age of 17, is when I decided to convert to Islam, I started to study Islam. I formally took up studying for a Bachelor’s Degree in Islamic Sharia with the American Open University in 1999. I’m doing my Masters’ Degree with them now.

I started leading halaqas (religious gathering focused on discussing theology) and study circles at the age of 25. There are many mashaikh (Islamic scholars) in British Columbia and Alberta who I have also studied under, going to their lessons and getting ijazahs (certificate of authority/permission to teach) with them to teach. This is something I’ve done now for about 20 years. These shaikhs were the ones who encouraged me to start women’s circles. Also, different universities across British Columbia often invited me to speak during their Islam Awareness Weeks to teach about Women, Islam, and Empowerment. So basically, that’s how I began as a teacher.

What subject will you be speaking about at the I.LEAD Conference?

Balancing! The balancing act that sisters have to go through on any given day as a Muslim woman in a Western society—juggling education, family, work—all the different facets of life. I did a seminar called “Beyond the Kitchen” and we discussed how a Muslim woman is thought of traditionally in Western culture, which often says “Oh they are not educated, they are trapped in the kitchen.” The seminar was about breaking that understanding that Muslim women are just “women who stay home” as opposed to a woman who is educated, who can speak her mind, who can function in society, while still being a practicing Muslimah (feminine of “Muslim”).

But the other side of the struggle is how Muslim women are trying to make a space in the Muslim community as well as leaders, particularly within mosques.

I believe it is moving forward. Within a decade I can see that there’s been a tremendous amount of progress on this front. Different organizations have realized that there are women in the community who are educated and are following the line of scholarship and they are teaching women. I believe there is a lot of women who are coming out of the woodwork because there is a lot of women standing up for what a Muslim woman’s role really is, and how dynamic and diverse that role can be, given the choice of the woman. Inevitably it is up the Muslim woman and what she wants to do. I’ve talked to those who want to be homemakers and I’ve talked to those who want to be doctors. That’s how dynamic our roles can be and we can be respected in each role. There are some definite cultural barriers we have to break in order for the women to fully be understood. But I think those who have knowledge and have the resources of the history of Muslim women will stand by us and will make things easier for Muslim women as a whole.

Tell us about your work with 315 NISA Muslim Women’s Helpline, as you are a certified counsellor who volunteers with the helpline.

315 NISA is a North American Muslim Women’s Helpline. 24/7 there is someone manning the phones helping these women through difficult situations. There are a lot of volunteers who help out on the line and concentrate on counselling the women, giving them resources, finding out what their needs are, and making sure their needs are met. It’s an amazing initiative and hats off to Mercy Mission for all of the work that they do.

What are some of the struggles you see women facing?

It is anything and everything. Struggling with cultural barriers is a real issue. Also you find women who just don’t have many people around them to talk to about the issues going on in their lives. It is really diverse in terms of what situations people call us with. Any issue that you have—you can call the helpline. From housing to mental health, educational struggles, and societal struggles, any of those issues the helpline can help with.

Tell us about your work in prisons.

I started a prison initiative in BC, going into the local women’s prison. I wanted to start this a long time ago. It is leaps and bounds to get into the system but now it’s amazing. I’m looking forward to eventually developing this service across Canada. We offer support to Muslim female inmates but also non-Muslim inmates as well. Muslim women like to talk to Muslim women and this is the gap that we see—women will ask all the questions that they want to ask from another female, but they may be hesitant or shy to bring certain issues forward to a male.

Tell us about some of the classes you run.

Right now I’m running a program called the Empowerment Series. It’s empowering Muslim women from where they are at. It doesn’t matter what level of faith you are at at that moment, or what is going on in your life, just come to the class. It is bi-monthly and we have a huge response, sometimes up to 300 women come and we talk about different issues that are plaguing Muslim women. In particular what I like to do with women, and this is another point I would like to raise, is that people ask me ‘Why don’t you speak to mixed audiences, why don’t you speak to the brothers?’ I believe that the brothers have their needs satisfied with regards to the amount of masheikh we have. The women are the ones who need the one-on-one time, who have that special moment they would like to share with other women, and this is something from a societal point of view which is that we do need that time to share and interact with other females. And why not do it in an educational capacity and an Islamic capacity? Even at I.LEAD, it will be a women’s only session with me because I want to speak to the women.

What are your thoughts on the theme of this year’s I.LEAD Conference: ‘In the Footsteps of the Prophet (pbuh): The Path to a Balanced Life’?

If we were in the time of the Prophet (peace be upon him) there would just be a natural balance that would occur. The gap that we need to bridge is coming back to the basics of understanding of what the Prophet (pbuh) came to teach. Once we come back to that understanding, the balance will be naturally set in our lives.

What do you see as being out of balance right now in the lives of Muslims?

A lot of things. We need to remember to leave that which does not concern you, to love for your brother what you love for yourself, to speak kind or remain silent. These are the things that I believe are missing. We need to have compassion for our sister or brother, to make seventy excuses for your sister or brother. That is just something that I think is missing in general from human kind. This is what I would love for us as women to come away with that and say ‘I love my sister.” regardless of where she is at, we need to be able to make the excuses for them. These are the key points that are missing from the Muslim ummah (global community of Muslims) right now. Do I believe that ilm (knowledge) and patience are key components that are missing? Absolutely. Do we need the knowledge to come back to the ummah? Absolutely. But loving each other and having compassion is a key point that is missing.

Do you feel it is important for more Muslim organizations to work in collaboration to create events like the I.LEAD Conference in order to more effectively build community between Muslims in Canadian cities?

Absolutely. If we stuck together as an ummah and totally understood each other with that collaborative understanding and motivation, a lot more barriers would be broken and a lot more bridges would be built. We need to come together with a bridge of understanding. That doesn’t mean we are going to agree on everything. Alhamduillah (thanks to God) that is why we have differences of opinion within our religion.