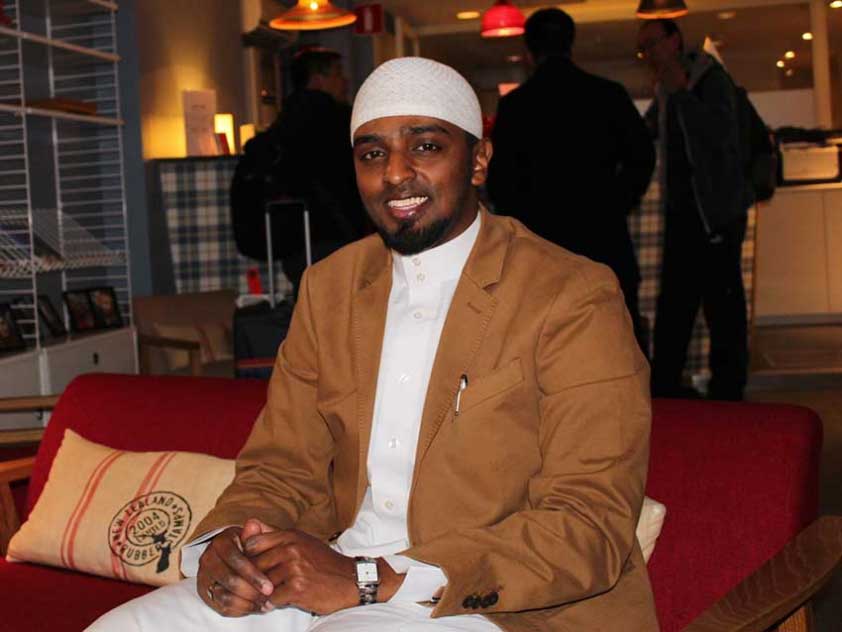 Somali Canadian Ahmed Sadiq is the co-founder and director of the Noor Conference. Courtesy of Ahmed Sadiq
08
Dec
2014

The Noor Conference, otherwise known as "Go Halal or Go Home" is back for another year from December 19th to 21st at Masjid Assunnah and the University of Ottawa. It began in 2011 and is an initiative that has been led by Muslim Canadian youth from the beginning.

Conference founder and director Ahmed Sadiq is excited about the encouragement from the local community which has brought the conference back each year. "We believe that our youth are our next generation, and thus with this conference it educates them on understanding their priorities in life, respecting their parents, finding positive friends, presenting them to optional resources that can help assist our youth," he described. "This is our fourth annual conference and it is back by popular demand both from the parents and the youth whom attended the conference, as they had lots of positive feedback to provide to us."

This conference's motto is "Shedding Light Back into our Community" and its focus has been on addressing some of the challenges that Muslim youth in Ottawa face.

Sadiq explained, "It is all about the importance of staying in schools, being responsible to one's parents, staying out of drugs and alcohol, choosing good role-models and being the best they can be." He added that "in the past three years we have tackled a lot of important issues such as marital problems, the role of husband and wife in marriage, achieving both in secular and religious studies, negative effects of procrastination, having high ambition, being a good role model in the community, and achieving the legacy of Prophet Muhammad (peace be upon him)."

Along with speakers from the UK, this year's conference will include local speakers Sheikh Yousef Berrada and the imam of the Gatineau mosque, Ahmad Limame.

This year's theme is "The Awakening of the Heart". and according to Sadiq, speakers "will focus on cleansing the heart from all of the negative ill feelings, jealousy, various diseases and tackling the issue of the difference between a dead heart and one that is alive."

Sadiq feels that the success of the conference has been its ability to communicate with Canadian Muslims in terms and language which is relevant to them. "As you know many of our imams in Ottawa or dua'at in the city have a hard time relaying the message to their audience whether it maybe because of a language barrier or not knowing how to communicate the main message to the people," he explained.

Financially, the conference has relied on community donations to cover the venue and travel costs for international speakers. "We also have various local businesses who have previously sponsored our conference, and continue to support our conference in order for it to benefit the broader community," Sadiq added, "We thank them for the ongoing support and generosity." This year, Sadiq hopes that more Ottawa mosques, local business, and individuals who can support this conference continue doing so.

"This initiative belongs to everyone," he stated, "this conference belongs to each and every single person who carries the same vision to better support our community and help save our next generation from being drop-outs. If one cannot support financially, then at least the best thing one can do is to make du'aa (supplication) and pray that Allah blesses Noor Conference and those behind this initiative."

When asked why there were no female speakers at the conference, Sadiq explained that "initially we were trying to have a women speak in our conference. This had not worked out for us due to the limited time we have within the conference. We are now working out a section only for women in our future conferences to help empower them so that it can be fairly distributed for both genders. Again, at every conference we had been doing up to date we have both men and women volunteers who are the backbone of this wonderful cause."

Sadiq feels grateful for having the opportunity each year to bring this conference to Ottawa. "For myself, I enjoy working with people, while being able to put a smile on someone else's face is something I'm humbled about through this noble work," he stated, "This all comes down to being able to give back to others and giving them the missing tool they've been longing for all along through positive and life-changing mentoring."

Tickets for the conference are $20 in advance and $25 at the door.

To learn more about the conference check out its YouTube Channel, and Facebook and Twitter Pages. If you would like to make a financial contribution or have any questions feel free to contact the conference organizers at This email address is being protected from spambots. You need JavaScript enabled to view it..