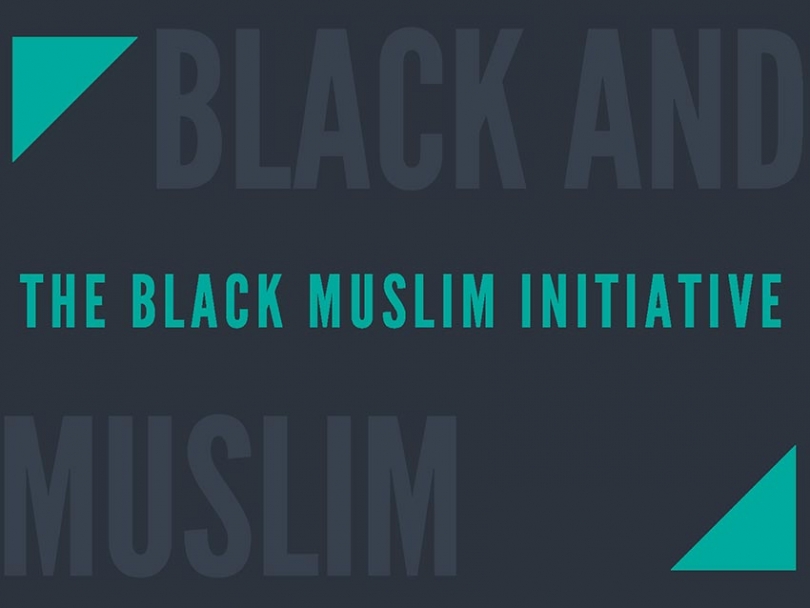 On Sunday, October 1st, the Black Muslim Initiative-Ottawa will be having its first gathering. This will create a space for Black Muslims to discuss the challenges of life at the intersection of anti-Black racism and Islamophobia in Canada, as well as the strength that comes from having both the Black and Muslim traditions of resistance and resilience to draw from when facing these challenges.

It will also be an opportunity to meet award-winning Somali Canadian journalist Eman Idil Bare, who has recently moved to Ottawa to work as a producer on CBC's Power and Politics. Eman has been outspoken in calling attention to the issue of anti-Black racism within Muslim communties. Read Eman's CBC article about what self-identifying as Black means for young Torontonians here.

What is the Black Muslim Initiative?

The Black Muslim Initiative was launched earlier this year in Toronto by two Black Muslim Canadians, Ghanaian Canadian Kofi Achampong, who works as a Political and Strategic Advisor in the provincial government and received his JD at York University (Follow him on Twitter here) and Somali Canadian Siham Rayale, who completed her PhD in development studies at the School of Oriental and African Studies, London University. She focuses on gender, peacebuilding and human security (Follow her on Twitter here).

Their first gathering was held on September 17th at Ryerson University in Toronto. It was facilitated by Black Muslim Canadian public educator Gilary Massa (Follow her on Twitter here).

Black Muslim Canadians have been encouraged to organize similar gatherings across the country in order to inform community mobilization, training, and recommendations to address the challenges Black Muslims are facing both within "mainstream" Canadian and within Muslim Canadian communities, spaces, and institutions.

Why Is This Initiative Necessary?

Muslim Canadians have raised the alarm about the rise in hate crimes against our communities. According to Statistics Canada, in 2015 Muslims were the third most targeted community for hate crimes reported to police in Canada.

However, from 2012 to 2015, Black people have been the most targeted community for hate crimes reported to police in Canada (Numbers for 2016 are not currently available).

So, if you are both Black and Muslim, you are more likely to be targeted for a hate crime because of either your race or religion, or both.

The Goverment of Ontario has also recognized that Black Canadians are facing systemic barriers due to anti-Black racism within Canadian society and institutions, such as schools. The goverment launched the Anti-Racism Directorate to develop a cross-government approach to address systemic racism, including but not limited to anti-Indigenous racism, Anti-Black Racism, and Islamophobia.

The Ontario goverment has launched population-specific anti-racism strategies for both Indigenous and Black communities because, according to the government, "Research shows that Ontario’s Indigenous and Black populations are experiencing especially critical forms of systemic racism and inequitable outcomes."

The sytemic barriers Black Muslims face within Canada are compounded by the negative experiences we face within Muslim Canadian community spaces, from mosques, to awards galas, to conferences, to civil liberties organizations.

Shaykh Hamza Yusuf's misinformed comments about Black American communities at RIS in 2016 made mainstream American media in publications such as The Atlantic, and led to multiple reactions from scholars, including many Black American Muslims who deeply care for and respect Sh. Yusuf but who recognized that being an Islamic scholar does not necessarily mean you fully understand social problems in your society or have entirely unlearned the many ideas that sustain the anti-Black racism prevalent in North American society. A compilation of responses to Sh. Yusuf's comments can be found on the Black Muslim Psychology website here.

When Black Muslim Canadians and their allies raised concerns about the misinformed comments about Black American communities made by Shaykh Hamza Yusuf at RIS last year, they were often either dismissed or greeted with hostility by conference organizers and the wider Muslim Canadian community both in person or on social media.

Muslim Canadians' responses to Shaykh Yusuf's misinformed comments, which included applause in favour of his comments, demonstrated the extent to which Black realities and experiences are misunderstood, undervalued, or held in contempt by a sizable portion of the Canadian Ummah.

These reactions by Muslim Canadians brought to light the role Muslim Canadians are playing in sustaining the ideas that underlie the systemic barriers that initiatives like Ontario's Anti-Racism Directorate are trying to breakdown.

Muslim Canadians' responses to this incident raise serious concerns about the role non-Black Muslim Canadians are playing on an individual level in perpetuating anti-Black racism against BOTH Black Muslims and Black non-Muslims in schools, workplaces, and Canadian society at large. This is very concerning.

Considering all this, it is no suprise that Black Muslims are so under-represented at all levels of Muslim Canadian organizations, be they traditionalist or progressive, across Canada, including those that purport to work with a diversity of Canadian Muslims and receive public funds to do so.

Black Muslim Canadian achievements are also often overlooked or only acknowledged AFTER they are recognized by "mainstream" Canadian institutions, but sometimes not even then.

Systemic barriers caused by anti-Black racism within both mainstream Canadian and Muslim Canadian institutions also explain the lack of inclusion of Black Christians in the majority of Muslim-Christian interfaith initiatives across the country.

Where Do We Go From Here?

Muslim Canadians need to drop the defensiveness and admit there is a problem.

The only way we can move forward is if we name the problem and begin to organize to address it constructively.

Recent interviews with Shaykh Abdullah Quick on the subject of anti-Black racism within Muslim Canadian communities in Muslim Students Associations (MSAs), mosques, and other Muslim organizations on the series Let the Quran Speak is a step in the right direction, however more awareness raising opportunities and formalized training is needed to address the issue.

What is the Purpose of the Black Muslim Initiative Ottawa Gathering?

Chelby Marie Daigle, author of the Addressing Anti-Black Racism in Ottawa report by the Ottawa Local Immigration Partnership (OLIP) and the City for All Women Initiative (CAWI), is organizing this Ottawa gathering for Black Muslims and their allies, to explore the Black Muslim experience in Ottawa-Gatineau, to share stories of hardship and triumph, to validate Black Muslim realities, to learn about the diversity of Black Muslims in the region, and to build community between people who have demonstrated committment to addressing anti-Black racism and Islamophobia in Canada.

Who Can Attend the Ottawa Gathering?

Black Muslim participation will be prioritized as space is limited and the focus is on Black Muslim experiences.

If you identify as Black and Muslim and would like to attend the session on October 1st, please register online here.

Who Is An Ally to Black Muslim Canadians?

We also welcome the support of Muslims who are allies to Black Muslims in Canada.

An Muslim ally to Black Muslims in Canada is a non-Black Muslim who agrees with the following:

a) anti-Black racism is a systemic issue in Canadian society

b) anti-Black racism is a systemic issue within Muslim Canadian communities, institutions, and organizing.

c) Although some anti-Black racist ideologies are learned by Musilm Canadians within North American society, some of it comes from histories of enslavement and marginalization of peoples of Sub-Saharan African descent and/or darker-skinned, lower "caste", or Indigenous peoples by the societies and cultures Muslim Canadians originate from

If you identify as a Muslim ally to Black Muslims and would like to get involved in order to help us develop more public education opportunities for Muslim Canadians on the issue of anti-Black racism, please email This email address is being protected from spambots. You need JavaScript enabled to view it. so we can discuss your participation further.

I'm Black And I Want to Work On Addressing Islamophobia Within Black Canadian Communities?

If you are Black and would like to be an ally to Black Muslims experiencing Islamophobia within mainstream and Black Canadian communities, institutions, and organizing, we also would love for you to get involved.

An Black ally to Black Muslims in Canada is a non-Muslim Black person who agrees with the following:

a) Islamophobia is a systemic issue within Canadian society

b) Islamophobia is a systemic issue within Black Canadian communities, institutions, and organizations

If you identify as a Black ally to Black Muslims and would like to get involved in order to help us develop more public education opportunities for Black Canadian on the issue of Islamophobia, please email This email address is being protected from spambots. You need JavaScript enabled to view it. so we can discuss your participation further.