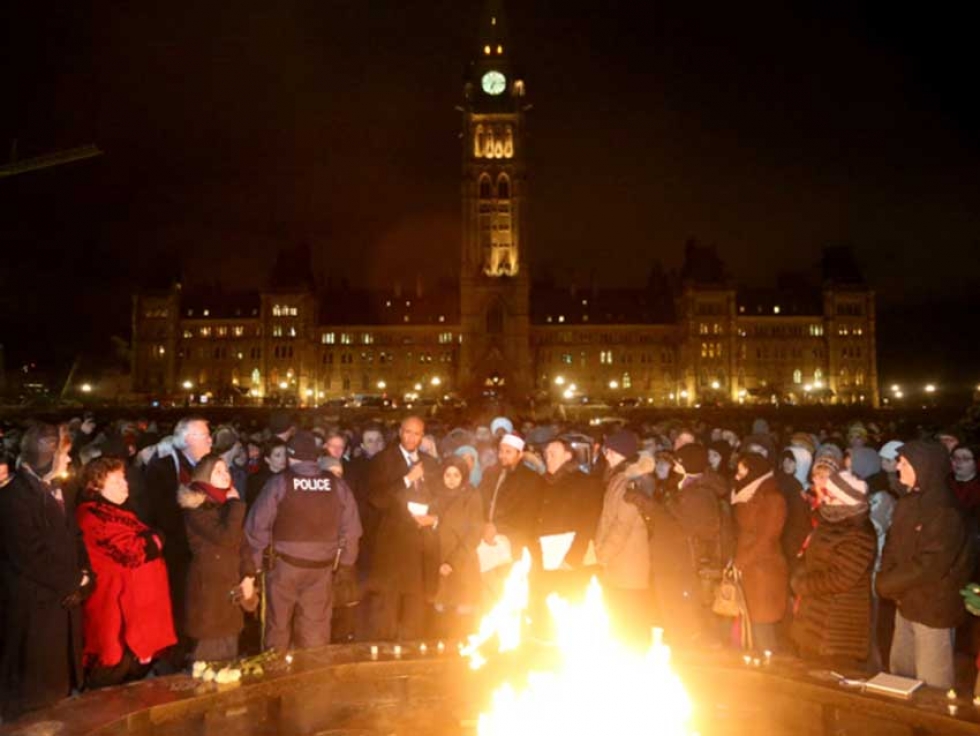 Members of Parliament gather with community members at the 2018 vigil after the one year anniversary of the Quebec Mosque Shooting.
03
February
2019

Majority of Canadians are Against January 29th Being Designated as A National Day of Remembrance and Action on Islamophobia: Survey

Written by  Think for Actions
Published in News

Hate crimes targeting Canadian Muslims increased 151% in 2017. The data released by Statistics Canada on November 18, 2018 indicated a significant increase in hate crimes against most racial, religious and other minority groups. Two year later, Canadians are still reeling from the terrorist attack in Quebec that claimed six lives and injured 19 others when Alexandre Bissonnette opened fire on worshipers in a Quebec City mosque on January 29, 2017.

The results of this survey are based on a national survey administered by Think for Actions. A total of 1100 people from across Canada participated in an online survey from December 29, 2018 to January 24, 2019. 1046 were valid responses and the report and analysis is based on these responses. A non-discriminative snowball sampling approach was used to obtain survey respondents. The main results are:

An overwhelming majority (67%) of Canadians do not support January 29th being declared "A National Day of Remembrance & Action on Islamophobia".

However, a distinct pattern emerged – those who had more knowledge of attacks on Canadian Muslim communities were much more likely to support the memorialization of the day.

The Chairperson for the national think tank ‘Think for Actions’, Dr. Mukarram Zaidi, said, “This data brings to light a troubling story of how in order to affect change and tackle Islamophobia, a campaign to increase knowledge and awareness of the components surrounding the issues is needed. Ironically, that was the original purpose of the proposed January 29th Anti-Islamophobia Day.

“It’s interesting to see these study results suggest that knowing the challenges faced by the Muslim members of our communities leads to greater support for this declaration,” said Ryan Slobojan, founder of the Push Back The Darkness initiative. “This strongly implies that efforts to reduce ignorance and increase knowledge have a positive impact on support for groups such as Muslim, Jewish, and black people who are the most frequent targets for hate crimes based on the latest Statistics Canada data."

Dr. Zaidi also said, “Islam, like other religions, does not teach terrorism. The Quran itself says, whoever kills an innocent life it is as if he has killed all of humanity [5:32]. Canadian Muslims are peaceful citizens who love this nation. Our leaders consistently condemn terrorist attacks. And now it’s time we condemn anti-Muslim rhetoric.” And Dr. Zaidi further added, “Sound research, open dialogue, and discussion will challenge ignorance by addressing fear”.

Think for Actions is a Calgary based national non-profit think tank, focused on the professional development of youth with a long-term goal of establishing a research institute on community affairs. The organization is focused on effectively engaging communities through research, collaborations and partnerships poised to solve grand societal challenges.