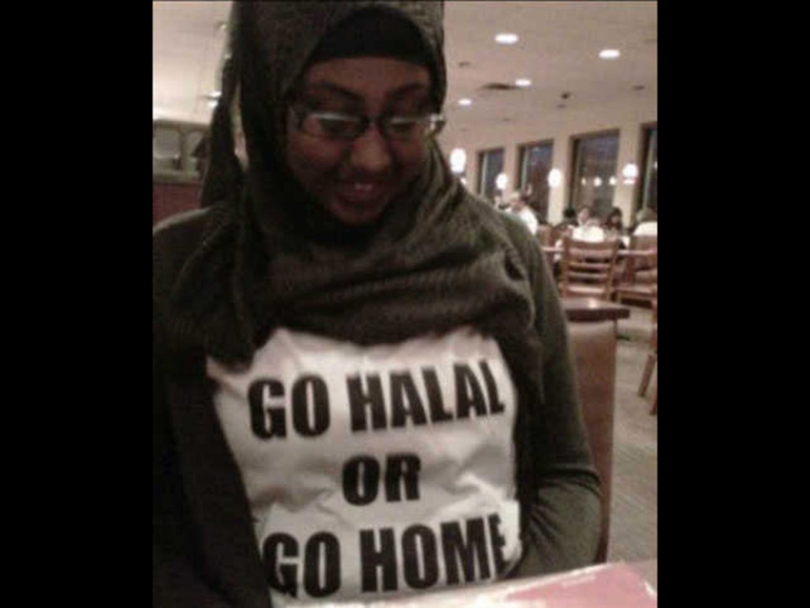 Go Halal or Go Home: An example of a successful youth-led initiative

Too many times I hear people say “youth are not engaged enough in the community''. For young community leaders like Ahmed Sadiq, the chairman and head of the  Assalam Mosque Youth Department, that undoubtedly is not the case.

When Ahmed saw a need for a program focused on Ottawa's young Muslims, he sprang into action. In December 2011, Assalam Mosque's Youth Department, along with a group of young, dedicated volunteers, including myself, organized the first annual “Go Halal or Go Home'' Youth Winter Conference.

This year, I was back for more, trekking all the way from the west-end to the east-end to commit my time to a “for youth by youth” initiative that I feel recognizes the real needs of Muslim youth like  myself, who in our teens and early twenties, are struggling to balance the pressures of our daily lives with our deen.

The second annual “Go Halal or Go Home” Youth Winter Conference ran from Friday December 14 to Sunday December 16. The first series of lectures on Friday night was held at Assalam Mosque, and the other two sessions on Saturday and Sunday were held at Carleton University's Fenn Lounge. This year's conference consisted of well-known local and international speakers such as Shakyh Youssef Berrada, Shaykh Abu Usamah At-Thahabi, Shaykh Musleh Khan, Shaykh Mohammed Diini, and featured the poetry of Boonaa Mohammed.  It is estimated that over 300 youth attended the conference this year.

The title ”˜'Go Halal or Go Home'' resonates with youth because of its humour and catchiness which has helped create a buzz about the conference amongst a diversity of young Ottawa Muslims. I asked conference organizer Asha Kayd why this was chosen as the title. “Many people actually ask me that question about the name. I use it among my friends a lot. I told the rest of the organizers and they said they loved it, so it was born then and there. The name is just a play on words.''

The lessons conveyed to youth at the conference included the significance of being involved within our communities, the need to safeguard our education, to make the most of our youth as advised by the Prophet Mohammad, peace and blessings be upon him, and to understand the magnitude of prioritizing Islam in our lives.  One of the speakers, Abu Usamah At-Thahabi, Imam of UK's Green Lane Mosque, gave an insightful and thought-provoking lecture that spoke on the need for young Muslims to stay balanced when it comes to gaining their education while at the same time advancing their knowledge about Islam. Although our deen (religion) is our priority, he emphasized that this should not mean we slack off on our academic studies.

The majority of the conference volunteers were made up of youth in middle school and high school, along with college and university aged students like me.  ”˜'The volunteers and the team at large loved every moment of the conference; they worked behind the scenes day and night. Without their hard work and dedication this conference would have been impossible,'' says Ahmed.

The conference did not only cater to the needs and interests of the Muslim community, it's safe to say that it provided dawah (invitation to Islam) to non-Muslims as well.  According to Ahmed, “With the help of Allah and the volunteers commitment towards getting the word out we reached a sold-out crowd of youth which was exactly what we aimed for. We even had non-Muslims attend the conference for free so they could have an authentic understanding of what Islam teaches about, they too enjoyed the conference and gave positive feedback.''

With the buzz and positive response that the conference generated, everyone already is inquiring about what's in store for December 2013's conference. Asha hopes to have more international scholars who delve into subjects that are relevant to youth. She also anticipates having a full bazaar, where local businesses can sell their food and merchandise and youth can promote their talents and skills.

I already know that, insha Allah (God willing), I will be volunteering again, even if it means another long bus ride from Bayshore to St. Laurent. Building a tradition of an annual “for youth by youth” conference for young Muslims in Ottawa is worth the trip.