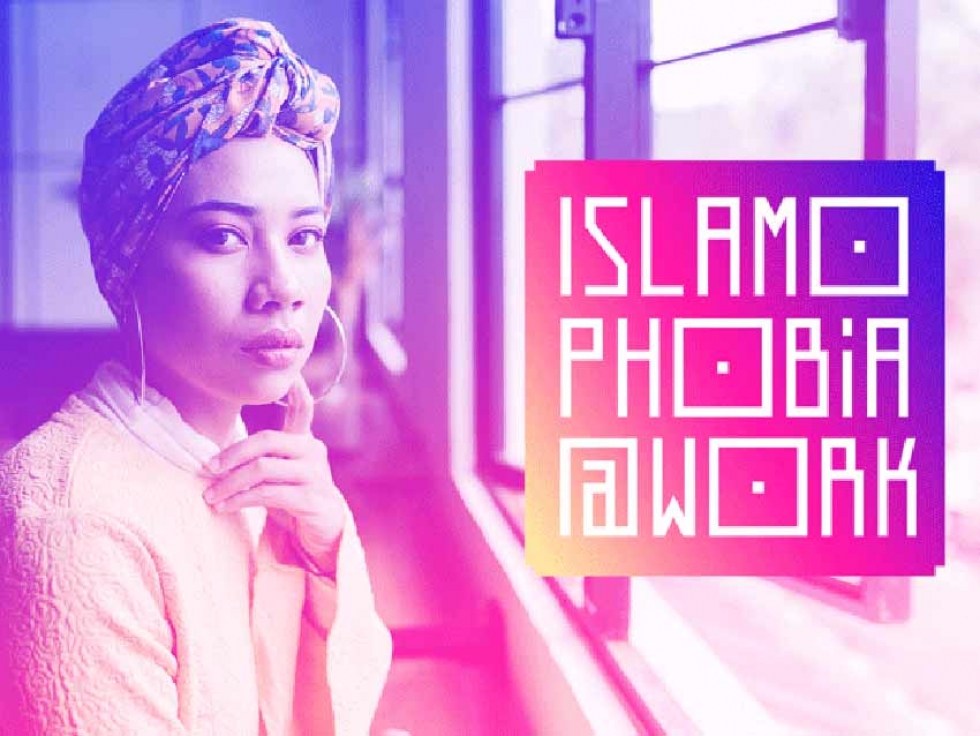 Canadian Labour Congress Releases Report about Islamophobia in the Workplace

Canada’s unions are proud to mark the International Day for the Elimination of Racial Discrimination with the release of a ground-breaking report on the impacts of Islamophobia in the workplace.

Islamophobia at Work: Challenges and Opportunities explores the rise of anti-Muslim attitudes and discrimination in Canada. It provides recommendations for employers, trade unions, and government on how to address this pernicious phenomenon.

The report comes just one week after the horrific terrorist attack at mosques in Christchurch, New Zealand. Those attacks were a stark reminder of the urgency of addressing Islamophobia in our communities.

“All of us were deeply shocked by the events last week that saw the murder of 50 people. We can’t condemn such acts without also committing to address the underlying attitudes that lead to the demonization of marginalized communities,” said Canadian Labour Congress President Hassan Yussuff.

“Canada’s unions have a long and proud history of advocacy for human rights because discrimination and racism in our communities ultimately impacts on workers and their families. Islamophobia is one of many forms of racism that can poison workplaces but it often does so without stigma. We need to establish better measures to protect workers against individual and systemic discrimination,” said Yussuff.

“We hear all too regularly from Muslims right across the country who face discrimination at work. This impacts their ability to contribute positively and to seek and hold meaningful employment,” said Ihsaan Gardee, Executive Director at the National Council of Canadian Muslims (NCCM).

“This report is the first of its kind to examine the underlying trends fueling Islamophobia in the context of workplaces and to include concrete recommendations targeted towards unions, employers, and government. We believe this report will serve as a valuable resource for anyone committed to challenging racism and creating equitable and inclusive workplaces,” added Gardee.

There has been a steady rise of hate crimes targeting Muslim communities in Canada over the past several years. In 2017, a young man consumed by hatred killed six men attending prayers at a Québec City mosque. Alexandre Bissonnette’s name was even cited by the New Zealand terrorist.

The report aims to address the impact of this harmful climate on Canadian workplaces with specific recommendations aimed at reinforcing the responsibility of employers to educate management and staff about legal obligations around human rights and religious accommodations; encouraging governments to do more to support anti-racism awareness campaigns and develop strategies to address online hate; and highlighting the important role trade unions must play in championing fairness, equity, and social justice for Muslims in Canada.

“The labour movement has come to recognize that Islamophobia is a threat on far too many levels, including to our very democracy,” said Yussuff. “Workers across Canada must start mobilizing against the forces of fear and hatred. We must not let them succeed in dividing communities and driving people apart. That’s not the Canada we want nor deserve.

The Canadian Labour Congress is the largest labour organization in Canada.

Bringing together dozens of national and international unions, provincial and territorial federations of labour and community-based labour councils to represent 3.3 million workers for more than 50 years.

We advocate politically for policies and programs that improve the lives of all Canadians, such as the creation of better and more secure jobs, better public pension plans and retirement security, a stronger public health care system and affordable and accessible child care. We advocate in Parliament and in the courts to advance legislation that improves the day-to-day lives of all Canadians, such as workplace safety and collective bargaining rights and employment equity.

Our economists and researchers are nationally recognized for their skills and expertise, and produce in-depth analysis on issues such as working conditions, health and safety, wages and benefits, healthcare, pensions and retirement security, immigration, training, employment insurance and social and economic equality.