Carlo H. Charles is a 2019 Pierre Elliott Trudeau Foundation Scholar, currently completing a joint doctoral degree in sociology at McMaster University in Canada and geography at the CNRS-LC2S, Université des Antilles, France. His Ph.D. research looks at the interplay between migration, sexuality, and social liberalism among Haitian immigrants in Canada, the United States, and France.

He is the Chair of the Sociology Graduate Caucus at McMaster University. He is a Session Organizer for the Race and Ethnicity Research Cluster and a member of the Anti-Black Racism Subcommittee at the Canadian Sociological Association. He is also an Advisor on the Francophone Affairs Advisory Committee at the City of Toronto. 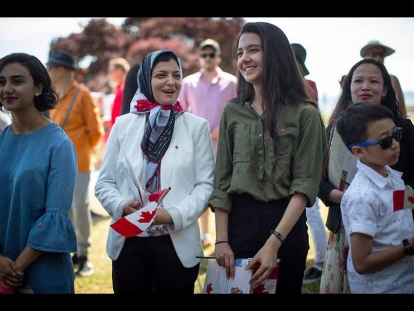 Immigrants are worrying about social ties and finances during coronavirus

A recent Statistics Canada study reveals that immigrants and refugees are more likely than Canadian-born individuals to be worried about the social and economic impacts of the COVID-19 pandemic.