As a religion scholar, Ken Chitwood's work focuses on global Islam, Islam in the Americas, Puerto Rican Muslims, Latina/o Muslims, hemispheric American religion, translocal religion, intersections of religion & culture, Christian-Muslim relations, global Christianity, Muslim minorities, & ethnographic methods and manifestations of religion beyond religion in a global and digital age. Additionally, he has published work on Judaism in Latin America and the Caribbean, religion and popular culture, and other relevant topics.

Ken has been reviewing books on Christianity, Islam, religion, anthropology, culture, and history for six years with Publisher's Weekly, the Houston Chronicle, Reading Religion from the American Academy of Religion, and other scholarly and popular publications. In that time Ken has read and reviewed over 100 books and monographs. Furthermore, he is an award-winning religion newswriter fascinated by the intersection of religion & culture. 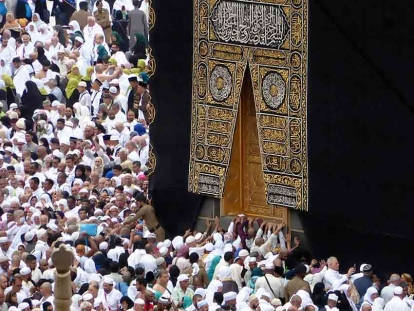 Due to concerns over the global spread of the coronavirus – especially in nearby Iran – Saudi Arabia has temporarily suspended travel to its holy sites. Millions of Muslims visit the Saudi kingdom around the year for pilgrimage.