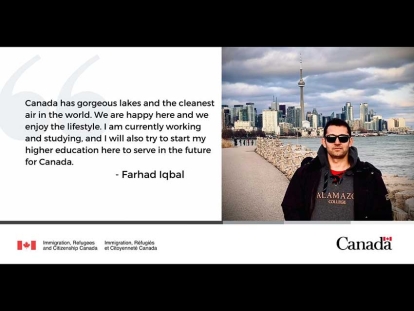 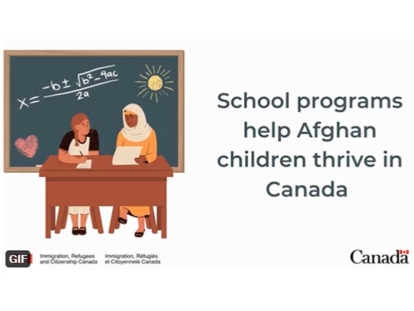 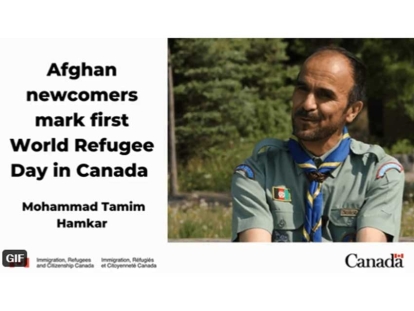 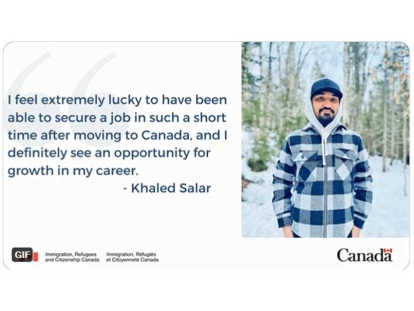 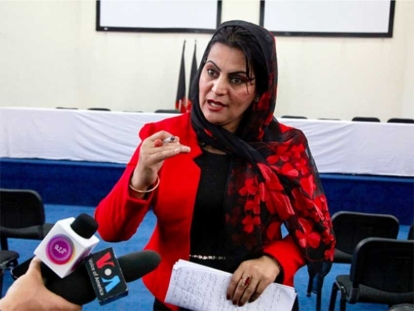 Afghan women and girls make their mark in Canada

The Government of Canada is working hard to resettle at least 40,000 Afghan nationals as quickly and safely as possible.

Canada has now welcomed over 8,680 Afghan refugees, with more arriving every week.

The Government of Canada has a special humanitarian program focused on resettling vulnerable Afghan nationals, including women leaders. This week as we marked International Women's Day 2022, we recognize the strength and resiliency of Afghan women who have now settled in this country and can use their voices to support fellow newcomers while continuing to defend the rights of women and girls still in Afghanistan.

The School of Journalism and Communication at Carleton University in Ottawa has been hosting prominent Afghan journalist and human rights defender Farida Nekzad as a journalist-in-residence since December 2021. Ms. Nekzad has been the Director of the Centre for the Protection of Afghan Women Journalists since 2017. In her leadership roles, she often had to risk her life to defend the place of women in journalism. During her current term at Carleton University, Ms. Nekzad is working with students and sharing her experience as a senior journalist, in addition to doing research on Afghanistan media, especially with respect to women and freedom of expression.

The Calgary Catholic Immigration Society (CCIS), a Resettlement Assistance Program service provider organization in Calgary, has hired Sheila Qayumi as an interpreter and counselor. Prior to her position at the CCIS, Ms. Qayumi worked as the manager for Equality for Peace and Democracy and was an activist for the peace and defence of women’s rights in Afghanistan. She supported women networks in 20 Afghan provinces to ensure the meaningful participation of women in the Afghan peace process.

While resettlement is challenging for many newcomers, it can be particularly difficult for women and girls. Canada champions efforts by our trusted community-based partners to help them integrate into their new life.

“These brave and formidable women, who now call Canada home, deserve to have their voices heard. I am proud to see Canadian organizations step up to defend Afghan women’s rights and dignity and give these women a platform to advocate for and support other women. These are great examples of how Canadians come together to help resettle some of the world’s most vulnerable.” – The Honourable Sean Fraser, Minister of Immigration, Refugees and Citizenship

“As journalist, I am committed to being the voice for all of Afghan women and to advocating for the evacuation of women journalists and all those who are at risk.” –Farida Nekzad, Afghan newcomer and journalist-in-residence, Carleton University 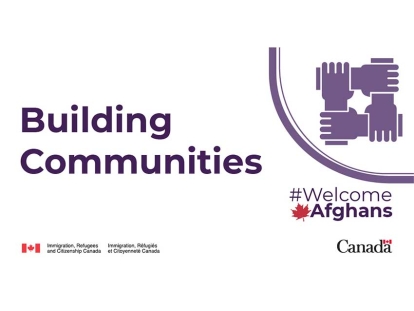 March 4, 2022—Ottawa, Ontario – The Government of Canada is working hard to resettle at least 40,000 Afghan nationals as quickly and safely as possible. Canada has now welcomed a total of 8,580 Afghan refugees, with more arriving every week. 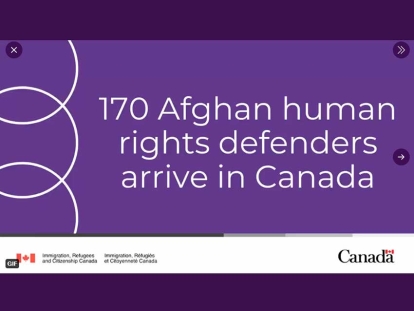 January 11, 2022—Ottawa—For 2 decades, Canadians have worked side by side with Afghan nationals to improve security, democracy and human rights in Afghanistan. Now Canada is welcoming people who face risks as a result of this vitally important work. 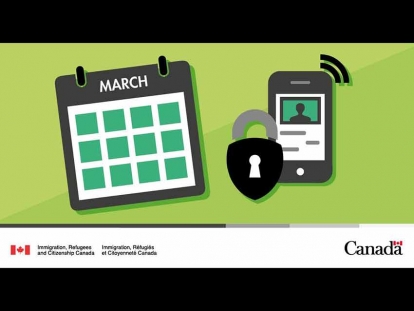 March is Fraud Prevention Month: What Immigrants to Canada Should Know