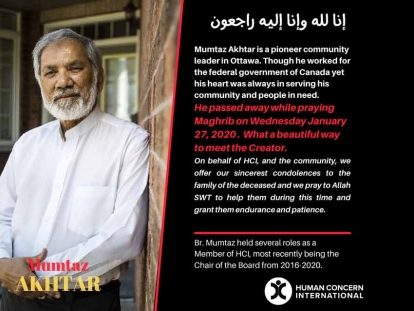 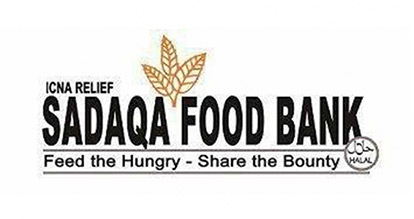 Syed Mumtaz Akhtar has been involved with community and cultural groups for the past four decades. He was the founding member and/or president of several Muslim organizations including: the Ottawa Muslim Association, Sadaqa Food Bank, Human Concern International, Canada Pakistan Association, Federation of Pakistani Canadians, Muslim Community Council of Ottawa-Gatineau and the Jamiatul Muslimeen of Ottawa Carleton. Mr. Akhtar has had roles in the Canadian Muslims National Steering Committee for Bill C-36 and C16 and the Community Policing Action Committee.