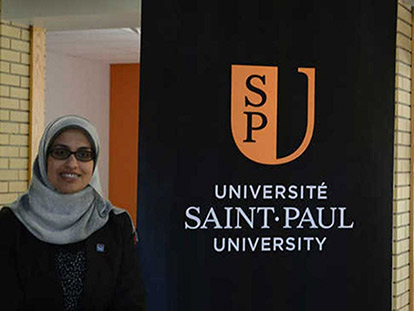 In the dark days that followed September 11, 2001, as the precarious relationship between Islam and the West rapidly deteriorated, a diverse group of Muslim women from the Ottawa area gathered to confront the new reality of greater suspicion, mistrust, and scrutiny.

Confronted by openly hostile chatter in the media and on the street, this disparate  collection of women united both by their faith and a fierce pride in their shared identity as Canadians, contemplated their options and deliberately declined to accept defeat by shuffling off, heads bowed, into the shadowy realm of the lost.