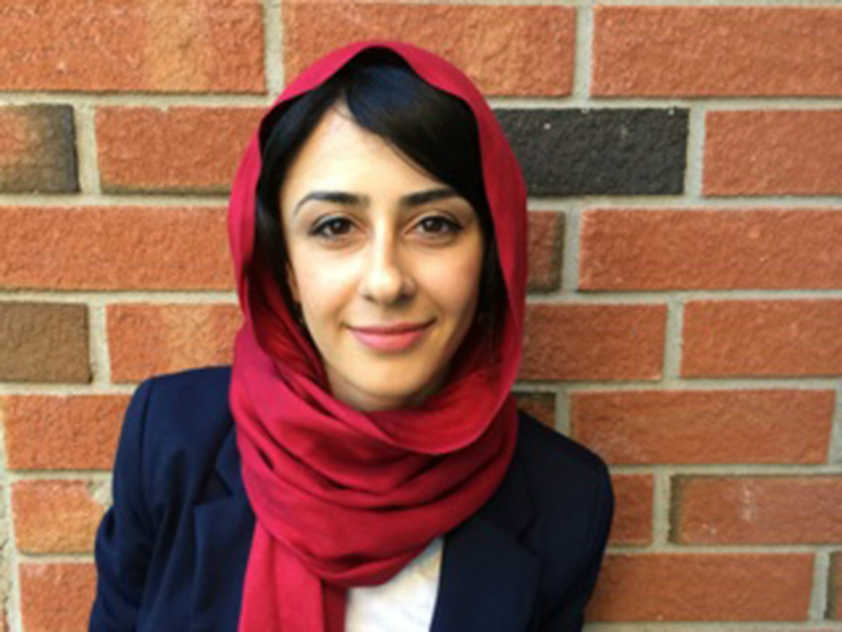 As a little girl, my choice for what I want to be when I grow up fluctuated frequently and often without warning, each time leaving me convinced that this new profession was my life’s calling. A surgeon, a mayor, a tennis player, an astronaut, a writer, a lawyer, and a human rights activist – the list was endless and populated with inspiration that came both from my surroundings and my parents’ continuous encouragement there really was nothing I couldn’t do.

Although I did eventually go on to become a civil engineer and a public servant, there was a certain sense of civic duty and the desire to help others (which I had become aware of in myself as a young adolescent) that continued to remain a prevalent dimension of my identity. As I grew, so did my attentiveness towards the needs and challenges faced by my community and of the broader Canadian society. I became more aware of issues revolving around social equity, challenges of a healthy economy, minority rights, women’s rights, and the importance of a fair and transparent political system. The more I learned, however, the more I realized that my desire to help others was rooted in a fascination with politics and the men and women that worked together to bring about the changes needed in our society.

My encounter with Equal Voice (EV) came from a late night internet surfing session when I stumbled upon information on the organization and their various programs. Described as ‘a multi-partisan group founded in 2001 to encourage the election of more women in all levels of government in Canada’, the approachability of the organization appealed to me. Anyone could join, it said, and applications for the various programs were open to all young women living in Canada. It was this aspect of accessibility that attracted me the most. Having followed politics in Canada, I had always felt intimidated with the enormity of the political process and what I perceived as being a rather harsh climate for women to survive in.  Encouraged, I signed up and was soon enrolled in the Experience Program, where I was paired with a mentor, MP Denise Savoie. I had the opportunity to visit her and learn about the various aspects of her job and the challenges she faced as a female politician on the Hill. Inspired by the opportunities that the organization provided me, I began volunteering regularly at events and got involved with the Ottawa Chapter of EV, hoping to give back. The women (and men) that I met during this time were a source of constant inspiration and a wealth of advice.

Once, at an event featuring a panel of prominent female leaders and politicians, MP Elizabeth May conveyed a story which touched on a phenomenon I began to realize was perhaps a pivotal part of why, among other societal reasons, not as many women become involved in politics as men do. When seeing potential in the people who worked and volunteered on her campaign, May would often reach out and encourage them to run in a riding for her party. When approaching men, their reaction was often nonchalant and casual, often citing a busy schedule or lack of interest when declining her offer. Women, on the other hand, would often reply with ‘I’m sure you can find someone who would be more qualified for this’ or ‘I don’t think I have the right skills set to be successful at this’, reflecting a certain lack of confidence that their male counterparts didn’t portray. This touches on an article featured recently in The Atlantic, ‘The Confidence Gap’, which highlights what seems to be a prevalent trait perfected by women over centuries of shying away from opportunities. The article points to a study at Hewlett Packard that tried to understand the low representation of females in their senior management positions. A review of their personnel records revealed that women would only apply for a position if they felt they met 100% of the merit criteria, whereas men would apply while meeting only 60%, therefore opening up more opportunities for themselves in the long run. After all, just like in politics, you won’t be considered at all if you don’t run. “At HP, and in study after study, the data confirm what we instinctively know. Underqualified and underprepared men don’t think twice about leaning in. Overqualified and over prepared, too many women still hold back.”

That brings me to why I decided to seek a more relevant role in the organization I believe in so solidly. Last year, an election was held for the executive board of the National Capital Region (NCR) Chapter of Equal Voice. Racked with unannounced anxiety (that caught me by surprise), but encouraged by a friend who attended the AGM with me, I put my name forward and delivered my pitch. This marked the beginning of my role as the Communications Chair of the EV NCR chapter.

The motto for Equal Voice is Be Her, Support Her, highlighting a clear message necessary to the success of women worldwide in any political or social arena: we must support and elevate one another, work together towards the common good of our societies, and encourage and celebrate each other’s successes. To open doors for other women is to open doors for ourselves and our communities, since the benefits transcend just one person or one organization. When women are involved in politics, we all win.

My experience with Equal Voice has encouraged me, especially as a woman of a visible minority, to lean in, to be involved, and to give back to a community that embraces and encourages us, always giving back as much as we invest into it. I have decided, undoubtedly, to one day run for office myself, and have learned through all of the experiences I’ve been offered, that this is a dream perhaps not as far away and unattainable as I had once thought.

I encourage you to join us, and to support the women around you who, bursting at the seams with potential, have so much to give to our societies and need that little push to believe in themselves. Equal Voice has many chapters across Canada, and I guarantee that your experience will be as fulfilling as mine.