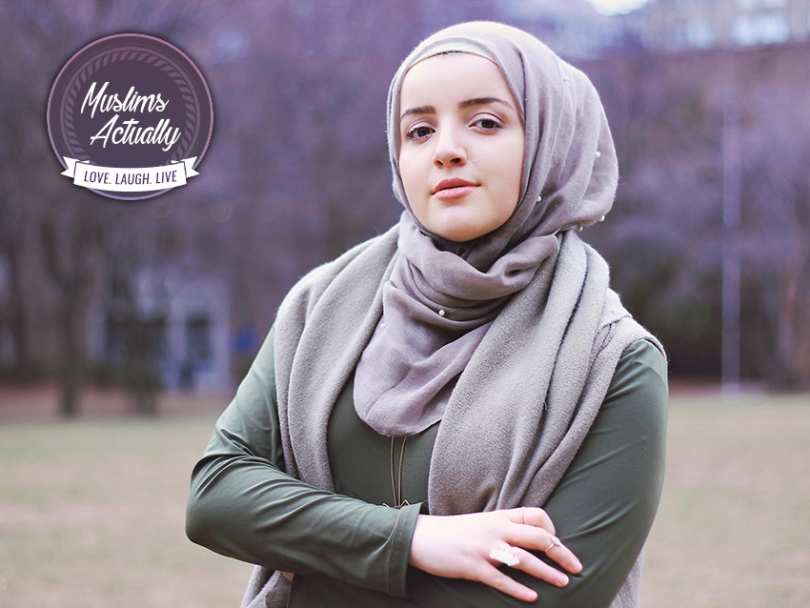 Mariam Nouser is an entrepreneur and blogger based in Toronto, Canada
22
Jan
2017

Mariam Nouser is an entrepreneur and blogger based in Toronto, Canada. While she is a full time student in university, she splits her free time between her presidential duties of the Ryerson MSA, running her own blog, being a Project Coach for the crowdfunding platform – LaunchGood as well as a barista for Starbucks.

In addition to her blessings, she has been the victim of Islamophobia whilst wearing the hijab and hopes to share her unique stories with everyone in order to cope with times of loss, confusion and trauma. As someone who suffers from a mental illness, she aspires to create a platform that increases dialogue within such a “taboo” topic.

I was born and raised in Toronto.

What are you studying?

What do you do for a living?

Besides being a student, I am an Entrepreneur and Blogger for my company Infinitely Classic, a summer fellow for LaunchGood and also a part-time Barista at Starbucks!

What impact has Islamophobia had on your life?

Islamophobia has really changed my perspective and love for so many things. After being a victim of Islamophobic attacks/slurs (major instances twice), I have come to appreciate a lot more. Specifically with my hijab. After the first attack in 2014, I decided to remove my hijab for 7 months in order to allow myself to grow and cherish my religion that much more without “blatantly” looking Muslim. Alhamdulillah, in May 2015, I decided to put it back on and I have no had a single thought to remove it since.

Islamophobia, while it is sad, has strengthened my faith and my beliefs and helped me reconcile with the fact that me as a muslima in the west must to do my absolute best to represent Islam as great as possible because Islam is perfect, we are not

How did you get involved with the Muslim Students Association and why?

My story with my MSA is one that I will cherish for the rest of my life.

I met a girl in my very first lab at my university in 2013 who happened to know many folks in the MSA community. We got along so well and she invited me to the MSA’s annual welcome dinner. There I knew I found a place I belonged. No one really knew that I had only started wearing the hijab 1 month prior so it was a breath of fresh air.

In November 2013, I joined the Education Subcommittee as the Marketing Coordinator. I met some great individuals who even today I keep in touch with and call them great sources of inspiration.

For the 2014-2015 school year, I was beyond blessed to be one of two Orphan Sponsorship/Charity Coordinators for the MSA. This year was so monumental for me as not only did we come third in Charity Week Canada but we raised over 70K for Orphans worldwide.

Last year, I was the Vice President External Affairs for the MSA and it was a position I got to craft into my own. Specifically creating much more inter-faith dialogue with the Catholic and Jewish students on campus. Insha Allah I hope to see that grow with our new VP.

All due to the thanks for Allah SWT, I was elected as the President of the MSA this year. It is still such a weird thing for me to say to people whenever I am introducing myself. To go from someone who was really trying to find her place in the community to someone who will help lead that change, I am forever grateful. I have such a talented and hardworking team this year and I know in my heart big things are coming.

You also have a startup company that you run, please tell us about that.

I started blogging anonymously in 2014 after I suffered from a serious head injury. I had to take time off school and thought to myself “why don’t I share my feelings under an unknown alias”

I had a lot of traction on my blog so I decided “hey, why not rebrand this to a public blog and add a face to the stories”

In July 2015, I started working with an incredible web designer named Bobbi from ReadytoBlog and in September 2015, I launched my own blog.

I knew that was not the end of my mission so I decided in December 2015 that in 2016, I was to launch my own clothing brand starting with Graphic Tees.

What makes us so different from others is that our Graphic Tees are associated with different causes and 5-10% of each sale will go towards an initiative in that cause. For example, mental health awareness will go to Centre for Addiction and Mental Health (CAMH) initiatives, Faith based ones will go to local masajid (mosques) etc.

I hope insha Allah that this brand really takes off for the sake of the community and revolutionizes the way we perceive things.

Why is social entrepreneurship important?

Social Entrepreneurship really is in the core of so many things. Why are most products or services created? They are in order to solve a problem. Most of the time I find, it is solve a social problem.

Especially in the Muslim community, a lot topics are considered taboo such as mental illness, feminism, inter-cultural marriage etc. That also goes for non-Muslims as well. I believe social entrepreneurship is a great way of Da’wah (teaching about Islam). By doing good for the community, we show the principles that our Creator and as well as our Prophet Muhammed pbuh taught us. Our Prophet pbuh was a man of great character and action and it is through that that many of the Sahaba (companions of the Prophet pbuh) became Muslims when they were once non-believers. Also, Khadija pbuh was one of the first business women known in history and that says a lot about what our values as Muslims are – hardworking, innovative and community oriented.

My battle with depression and anxiety has led me to really appreciating and partaking in mental health awareness initiatives. I was diagnosed in 2009 despite showing symptoms for at least 3 years. Sadly, when I was diagnosed, there were people in my life who did not believe me and said I was lying because I was always happy.

That stigma still exists unfortunately. People assume all people with depression are always gloomy. Like most diseases, this is a silent one and my smiles and laughter are a way to cope with my feelings whether they be genuinely from my soul or not.

To me, mental health awareness is something more folks in the Muslim community must come out and spearhead. It is such a taboo topic in many cultures within our community that people end up feeling lost. When more and more people break the glass ceiling, it will then become the norm

What role does faith play in your life?

The most important thing to me is my faith. It keeps the sun shining on gloomy days, it gives me an incentive to work harder for a greater good; that is for the pleasure of Allah SWT.

I have never not believed. However, comparing the times where I was not as practicing to what I am now, I can definitely say I have overcome even larger obstacles and have seen more blessings in my life. My faith enables me to be empathetic, hardworking, loving, supportive, ambitious and goal-oriented.

I hope to see myself as the leader of one of the most well-respected Muslim blogs and brands in the world. I want to make my brand a place of solace and peace for women and men alike – to share their ideas and spread goodness in the world. I have a lot of ideas that are generating in the pipelines so by the will of Allah I hope that happens

I also see myself insha Allah as a mother and wife, inspiring the next generation aka my kids to inspire their communities, work hard for the sake of Allah. I have a huge place in my heart for children so if Allah blesses me with them, I will be more than grateful.