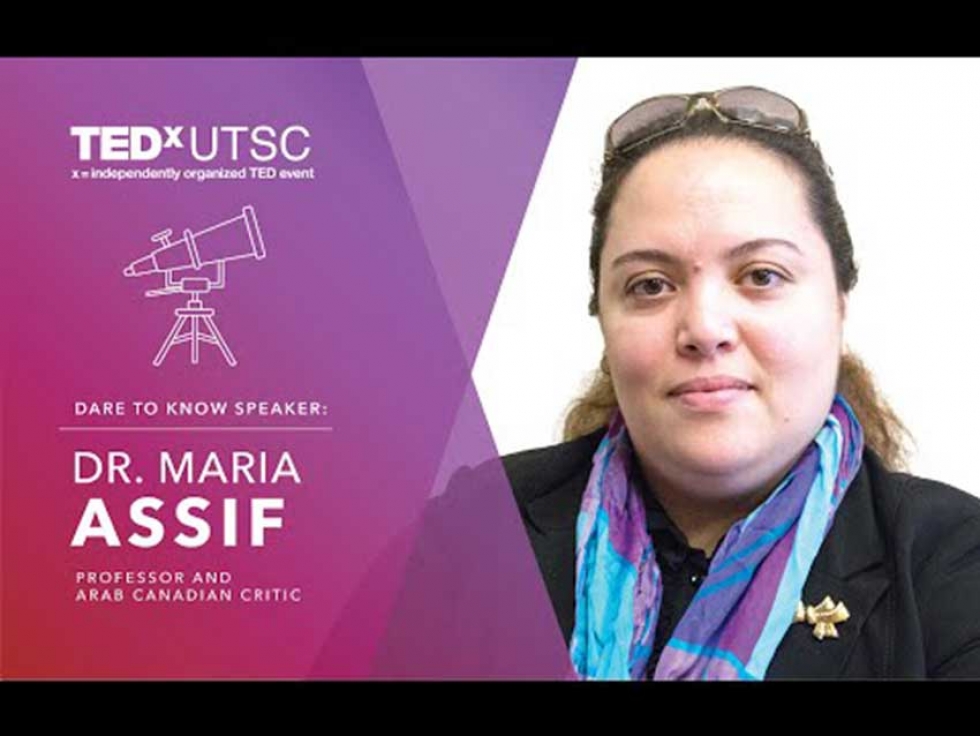 Maria Assif on Arabs, Muslims, and Stereotypes at TEDxUTSC 2016

In 2016, Dr. Maria Assif was a speaker at TEDxUTSC (University of Toronto Scarborough Campus) in Toronto, Ontario.

According to TEDxUTSC, "Professor Maria Assif, a Literature Professor and Arab Canadian literary critic, joined UTSC in 2008. She is Associate Professor of English, Teaching Stream, as well as the Coordinator of Writing about Literature. She received her Ph.D. in English from Case Western Reserve University in Cleveland, Ohio in 2005 and taught in Chicago for three years before getting tenure in 2008. Her work celebrates the complexity of Arab women writers' communal and individual identities, particularly in light of 9/11 and its aftermath, and investigates the broader representations of Arabs in literature, film and media. Her articles, essays and interviews have appeared in tens of journals and anthologies. Pr. Assif has two manuscripts in progress: (1) Muslim Women: Multiple Voices, Multiple Vistas and (2) Intimate Voices: A Collection of interviews with Arab Women Writers. Pr. Assif lives in Toronto with her husband, their two young daughters and cat."

Muslim Canadians have participated in TEDx events across Canada and around the world.

Muslim Link is collecting TEDx Talks by people who identify as Muslim in order to celebrate and learn more about the diverse perspectives of Muslim Canadian community members on a wide range of issues.