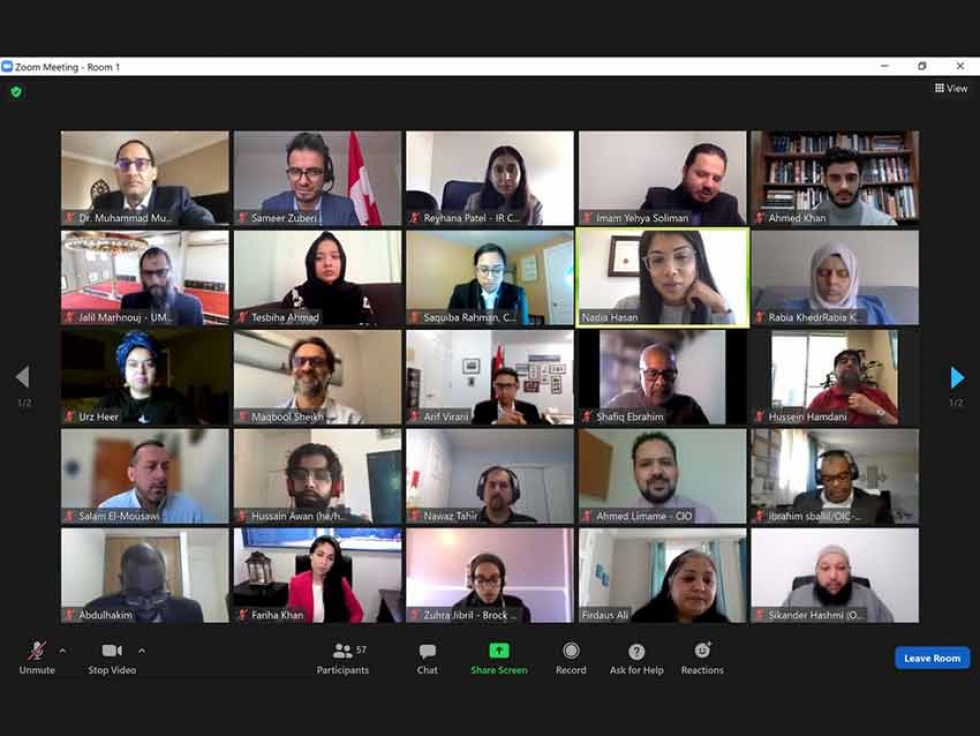 As-salaamu alaikum | Peace be with you

As I headed back from jumu'ah, and as we process [July 22nd]'s National Summit on Islamophobia, I wanted to end this week by providing our perspective on how it went. As promised, below we provide an honest and fair summation, to the best of our ability, of what was committed to, what wasn't, and what our next steps are going to be.

The long and the short of it is that while we think that a number of important commitments were made by the federal government, and the government of British Columbia (details below), there was much that was not done. We're going to need to see far more as we move forward to keep Canadian Muslims safe.

In the lead up to the Summit, in consultation with Canadian Muslims from coast-to-coast, we released a series of 61 recommendations to the federal, provincial, and municipal governments calling for specific commitments to combat Islamophobia, supported by dozens of consultations, hundreds of submissions, and many major and diverse institutional supporters. We note that numerous other organizations and individuals have put forward important ideas and recommendations that ought to be considered as well.

However – we must note that a number of other recommendations were not satisfactorily dealt with.

For example, we remain disappointed that the federal government continues to refuse to being involved in the legal challenge to Bill 21 in Quebec, as per Recommendation 29. It is impossible to challenge systemic discrimination in Canada without taking a strong stance against what is clearly state-sanctioned second-class citizenship.

Furthermore, we know that addressing Islamophobia and hate involves all levels of government and all parties. We would have liked to see a greater role for municipalities, provinces, and other actors to addressing these challenges in the Summit. More is clearly needed to address the challenges in front of us.

We have also heard a number of concerns around process and timing – for example, we heard about the challenges of only allotting six hours to discuss the dozens of recommendations and concerns around systemic Islamophobia and violence faced by diverse Canadian Muslims.

We are cautiously optimistic that more change will follow – and as we engage with various levels of the government across Canada, we will not stop until change comes.

We will be issuing a document within two months highlighting clearly further timelines and commitments made by all levels of government.

We could not have gotten this far without your support. And we're not going to be able to continue to push for change without your continued support.

As we expand our team of advocates, build partnerships, educate, and join together with other communities to end Islamophobia and all forms of xenophobia, we will need your help.

There are three ways you can support us:

Become a monthly donor
Keep us in your duas
Sign up for our phone banks by emailing us at This email address is being protected from spambots. You need JavaScript enabled to view it.

Below is a more detailed account of the commitments that were made. NCCM will not stop until we see concrete changes to dismantle Islamophobia and to protect and uphold the safety and well-being of our communities.

However, we will continue to engage with the federal government to make sure that resources are properly allocated.

In March of this year, NCCM and the University of Toronto jointly launched our groundbreaking report on a pattern of bias and systemic Islamophobia at the CRA. Evidence of the profiling of Canadian Muslim-led charities points a serious problem - how can we expect the federal government to lead forward in challenging Islamophobia when a federal agency unfairly profiles Canadian Muslim?

We have called for a number of specific steps in the dismantling of problematic institutional pieces at the CRA. This was also the focus of NCCM's 2021 Advocacy Day (see above), where we launched this groundbreaking report.

We look forward to engaging more in dialogue with government about whether this review goes far enough in addressing the real challenges needed in the reform of CRA.

Further commitments were made around appointments, trainings, and consultations.

During the sentencing of Alexandre Bissonnette who killed six Muslim worshippers in Quebec City in 2017, Justice Francois Huot indicated that the convicted mass murderer consulted multiple anti-Muslim online sources before the attack. Bissonnette accessed racist content on YouTube, Facebook, and he was consulting #MuslimBan on Twitter before the attack.

That's why we've been working with government since our NCCM 2020 Advocacy Day on the Hill on Online Hate to make sure that new legislation is put forward that is balanced, appropriate, and accessible for those who have to deal with xenophobia and hate online.

The government of Canada committed to continuing to consult with Canadian Muslim communities to ensure that our concerns about the right to fairly critique will be protected, while also making sure that Islamophobic actors online - and the social media companies that enable them - will be able to face some form of remedy.

Critically, the government of Canada also committed to considering a review of Canada's human rights legislation, the CHRA. This is critical, given the challenges ordinary Canadians have when they try to access justice at the Canadian Human Rights Commission.

We were pleased to see the Government of British Columbia make important commitments in the aftermath of the Summit in line with recommendations made by NCCM.

We look forward to continuing to dialogue with the government of British Columbia about commitments made, and how we can ensure that they are done right and in a timely fashion.