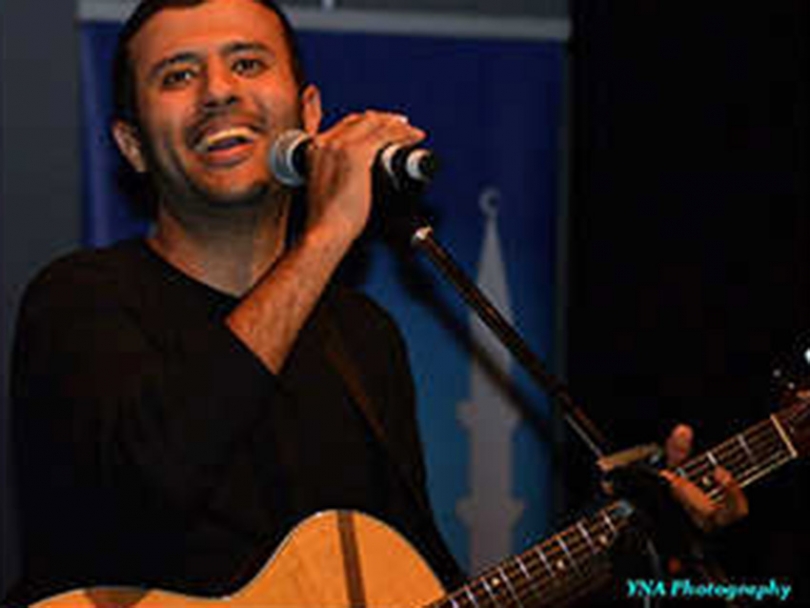 According to Mr. Abouelsaoud, many first and second generation Arab Canadians are affected by what they see going on in their homelands. “If you look at the news we are constantly bombarded with negativity about the Middle East which has led to depression even among those of us who live in Canada,”  Mr. Abouelsaoud explained. He was pleased to see how hopeful Namira's visit seemed to make those who attended his concerts. “Just by looking at the faces of the people in the concert, seeing how uplifted they felt and how positive they've become was really priceless,” Mr. Abouelsaoud shared.

Ottawa's Egyptian community, both Muslim and Christian, came out in large numbers to the concert. Abdel Rahman El Beheri, the IT Administrator of Carleton University's Egyptian Students' Association (ESU), volunteered at the event. “Having Hamza Namira was a great way of bringing people with Egyptian backgrounds together, especially at this very sensitive time,” he shared, “He inspires me because in most of his songs he encourages people to be the best they can be and love their country regardless. One great thing about him is he never took sides ever since the Egyptian Revolution except for the country's and the people's side.”

Yasser Hesham, another Carleton University student, is also a fan of Namira. He agrees that Namira was the perfect artist for PeaceMidan to bring to Canada. “An organization like PeaceMidan tries to spread the message of peace, without involving any politics or taking sides. Hamza Namira's music is known to be very peaceful, tranquil, and simple. It is directed to everyone,” he explained.

Videos of Namira's songs with English translations of his lyrics can be found on Awakening Records' YouTube page http://www.youtube.com/user/awakeningrecords