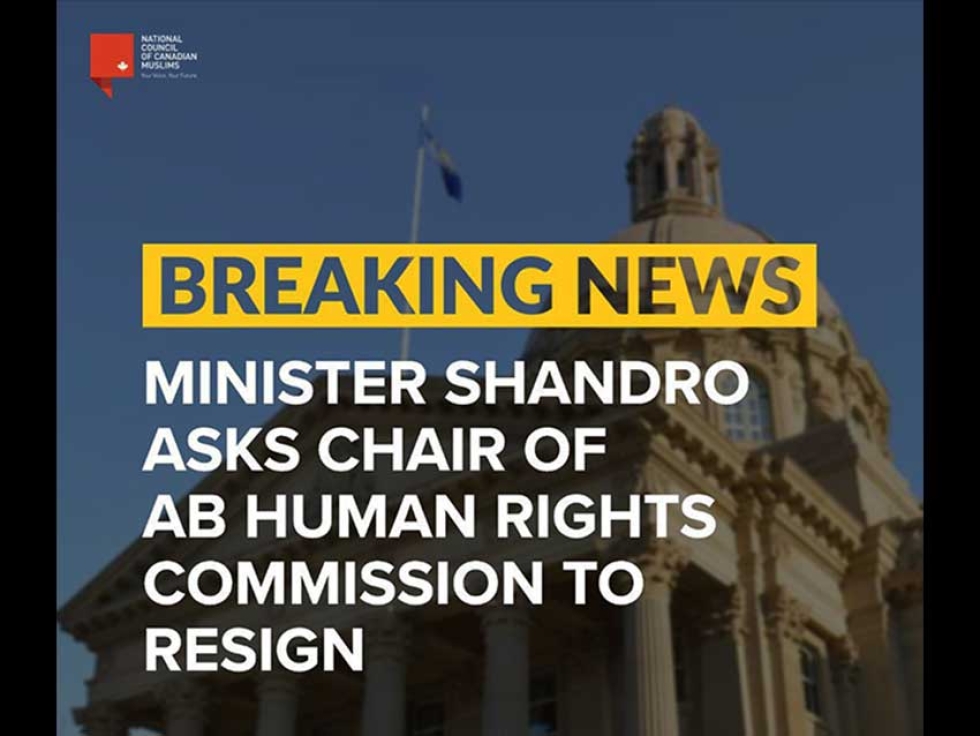 Yesterday Alberta's Minister of Justice and Solicitor General Tyler Shandro made the right decision in asking Mr. Collin May to resign as the incoming Chief of the Alberta Human Rights Commission.

While we would have preferred that this situation never arose in the first place, we appreciate the ongoing dialogue with Minister Shandro’s office and his decisive decision making that led to this result after over two dozen leading Muslim organizations called yesterday for Mr. May to resign.

In a 2009 book review Mr. May cited the notion that Islam as intrinsically violent and “one of the most militaristic religions known to man.”

Mr. May initially committed to meeting with Muslim community leaders to rethink and reflect on his actions. He then declined dates suggested for these meetings.

More egregiously, Mr. May was also sending out demand letters that threatened suing particular critical outlets and commentators. As a result of these actions, dozens of Muslim organizations across Alberta then jointly asked Minister Shandro to request Mr. May’s resignation.

“Alberta’s Muslim leaders extended a hand towards Mr. May when he committed to dialogue, but we were greatly disappointed by Mr. May’s actions,” said Said Omar, NCCM’s Alberta Advocacy Officer. “We can’t have the normalization of Islamophobia and racism in human rights work. That is why we appreciate Minister Shandro’s decision yesterday.”

The NCCM is an independent, non-partisan and non-profit organization that is a leading voice for civic engagement and the promotion of human rights