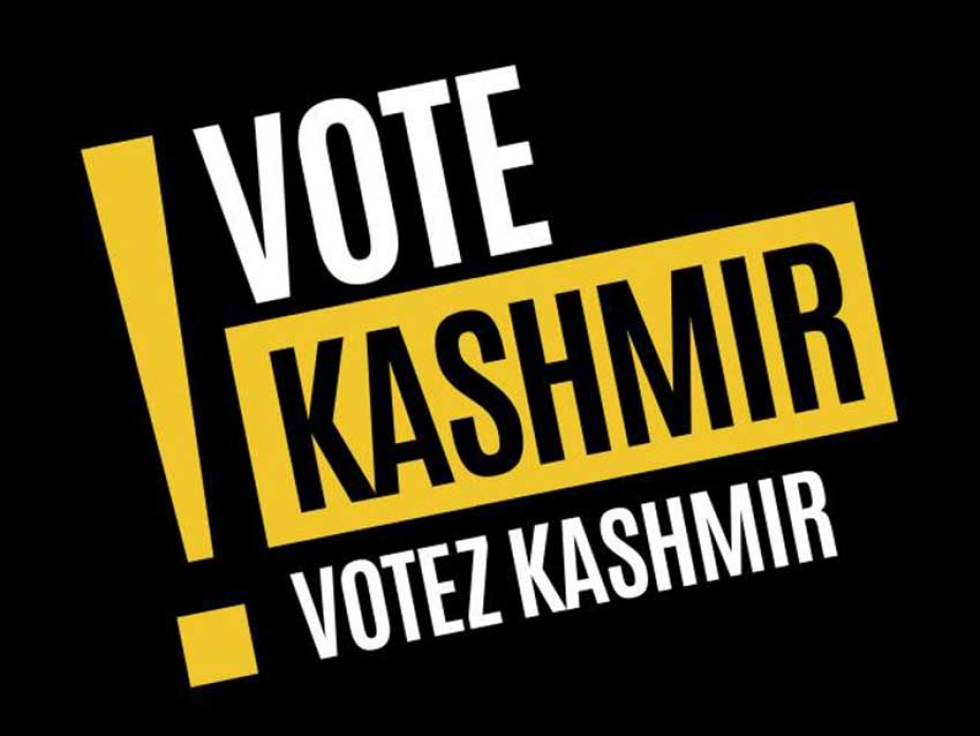 Written by  Justice for All Canada
Published in News

With the federal election underway, candidates from all parties across Canada have been hearing from their local constituents to remind them that Jammu and Kashmir is an internationally recognized disputed territory. Constituents are asking what candidates will do if elected, in order to ensure that Canada holds India accountable for its settler-colonization happening in Kashmir.

On March 31, 2020, the Indian government introduced the new domicile law. This law was aimed at a demographic change that takes the land and resources from the Indigenous population of Jammu and Kashmir. India’s domicile law is counter to the United Nations Security Council resolutions 47 (1948), including subsequent resolutions that call for a plebiscite to determine the future of the disputed territory.

In this regard, a coalition of advocacy groups has contacted federal party leaders to ask questions about Canada’s role in supporting the self-determination rights of Kashmir’s people.

These coalition efforts have resulted in the Bloc Québécois (BQ) responding, indicating that Canada must support the legitimate right of self-determination of the people of Jammu and Kashmir.

Article 49 of the Fourth Geneva Convention states, “the occupying power shall not transfer its own civilian population into the territory it occupies;” and under Article 1 all High Contracting Parties, which includes Canada, are required to take action to ensure respect for the Convention “in all circumstances.”

Taha Ghayyur from Justice for All Canada indicates, “The overall situation has dangerously worsened as India continues to move its population into occupied Kashmir, confiscate land and resources, oppose the rights of Kashmiris and silence any resistance through repressive means.”

The BQ revealed in their response that they have written to the High Commissioner of India to express their disapproval of the repeal of Article 370 of the Indian Constitution, and that they intend to continue to denounce this clear violation of citizens of Jammu and Kashmir.

The BQ indicated and referenced in its response:

In addition to those Kashmiris who have been languishing in jails for years after expressing their dissent to India’s occupation, an estimated 4,000 to 13,000 Kashmiris have been detained since August 5th, 2019.

The BQ also has indicated that they always denounce political imprisonment and they won’t hesitate to do the same for Kashmiris.

“It is important that the Canadian government is held accountable in its compliance with international legal obligations, as part of Canada’s ongoing relationship with India, especially in trade, defence, and counterterrorism,” said Karen Rodman of Just Peace Advocates.

“Thousands of Canadians let the Canadian Government know this through petitions sponsored by three political parties, the Liberals, NDP and Conservatives, in the fall of 2021. Now the election is underway; we hope to hear from other federal political parties and their leaders regarding this matter,” added Rodman.

A spokesperson from Canadians for Peace and Justice in Kashmir (CPJK) said, “We were encouraged to learn that the BQ supports the right of Canadians to advocate for the rights of the people of Kashmir.”

CPJK continued, “we call on the other federal parties to indicate how they would work proactively to make Canada take leadership in its relations with India, and at the UN, to implement self-determination for the people of Jammu and Kashmir.”

Justice for All Canada

Latest from Justice for All Canada