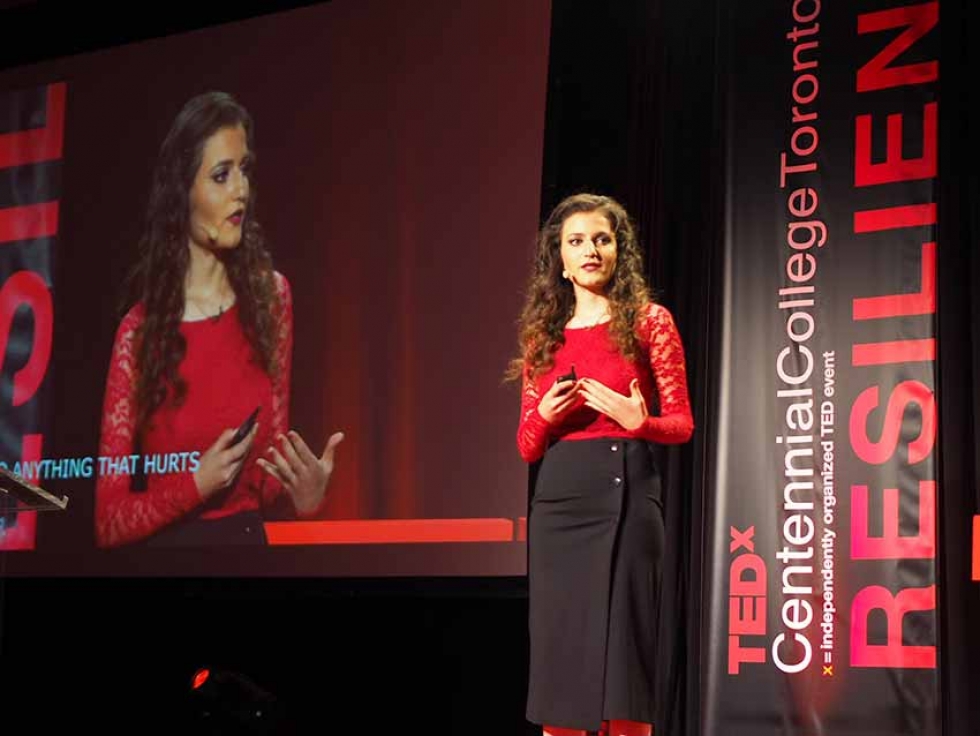 Najwa Zebian on The Power of “Me Too” at TEDxCentennialCollege 2018

In 2018, Najwa Zebian was a speaker at TEDxCentennialCollege in Toronto, Ontario.

According to TEDxCentennialCollege, "Najwa Zebian is a Lebanese-Canadian author, speaker, and educator. Her passion for language was evident from a young age, as she delved into Arabic poetry and novels. Since self-publishing her first collection of poetry and prose in 2016, Najwa has become an inspiration to millions of people worldwide. Najwa has become a trailblazing voice for women everywhere and was name dropped by the New York Times and CBS News among others. Drawing on her own experiences of displacement, discrimination, and abuse, Najwa uses her words to encourage others to build a home within themselves; to live, love, and create fearlessly."

(It may take a few moments for the video to load from YouTube.)

Muslim Canadians have participated in TEDx events across Canada and around the world.

Muslim Link is collecting TEDx Talks by people who identify as Muslim in order to celebrate and learn more about the diverse perspectives of Muslim Canadian community members on a wide range of issues.