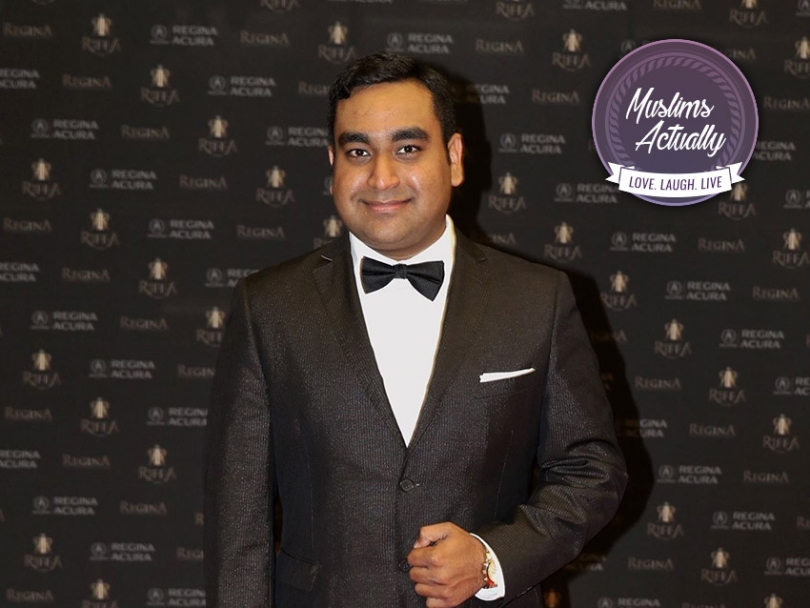 Haris Khan – Standing up for Change

Haris Khan is an award winning (CBC Future 40) comedian, he has quickly become one of Saskatchewan’s most popular comedians. Within five short years he has become known for two things: his ethnically diverse humour, and for his charitable works.

Ever since debuting on the comedy stage in 2010, Haris Khan has performed throughout Western Canada & Internationally as well. His first solo comedy tour (Haris Khan & Friends Tour), he had sold out shows in Canada, Pakistan, Oman and Dubai/UAE. His tour was well received and supported by the internationally media, appearing in many newspapers in several countries. He had the privilege of representing Canada Internationally. He is among the handful of non-Aboriginal comedians who had performed on First Nation reserves and he had the honor of opening for Don Burnstick in Regina at his sold out show which was attended by 400 plus fans & he has also open for Canada’s well known comedian Kelly Taylor. Beside that he had an opportunity to act in the famous TV show Little Mosque on The Prairies and few others shows. Haris has appeared at the numerous shows, Haris is also the founder of an organization called “Stand up for Change” through which he along with his friends have raised a significant amount of money for local charities in Saskatchewan. Haris is a rare breed of comedian, one who is as friendly, polite and easy-going on stage as he is off it. With his ability to inspire through humour, founding his successful Stand-Up for Charity shows and showcasing his tireless work ethic instilled in him by his parents, it’s only a matter of time before Haris Khan becomes a household name outside of Canada!

I was born in Pakistan, grew up in the Middle East and then migrated to Canada as a teenager.

Currently I’m in my 3rd year of the Environmental Science program at the University of Regina.

What is your current profession?

I am university student and also a professional Stand-up comedian.

Did you always know you wanted to become a comedian?

I was always a funny person but I never thought that one day I could do stand up. Since I always thought it was a hard job, to be in front of people and make them laugh. Once you have passion, nothing is impossible. I started doing Stand-up from March 2010 and “the rest is history now” as they say.

What message are you trying to portray with your comedy?

I was inspired by the King of the comedy, Russell Peters. I talk about the things that I see the community more related to culture/social practices.

It is not easy being in the arts and culture sector. What keeps you motivated to keeping going?

It comes down to passion. I love performing. I get excited whenever I get on stage. And it’s the love of people/friends that keeps me going on and it has been for 6 years!

Recently, I opened for the Chris D’ Elia, at the Casino Regina. It was a sold out show, attended by 700 plus fans.  I was fortune to combine both my passion for stand up and my community work to found an organization called “Stand up for Change”.  To date my friends and I have raised over $20,000 for non-profit organizations in Saskatchewan by doing fundraising events with unique themes.

Who or what inspires you to live the life that you currently are?

Russell Peters, Lady Diana (Princess of Wales) and my parents!

We all have ups and downs in our lives, is there any defining moment that you would like to share with us?

There are good and bad days in our lives. I tell myself, nothing is permanent, this bad time will pass. And pray to Creator for help. And hope for the best. I would never have been successful if I didn’t go through those bad days of my life. Those moments, are there to make you stronger.

What advice would you give anyone interested in getting into comedy or the arts more broadly?

You need to have a passion for Stand up and need to put lots of hard work in first few years. Passion and hard work will make you successful. I won’t happen in few months, it will take years to get recognized for your talent. I won my first award (CBC Future 40), after 5 years of doing Stand up. And the most important thing is always believing in yourself!

Graduating from the University. Traveling and performing all over the world! More World tours to come. And I almost forgot getting married too! Hahaha