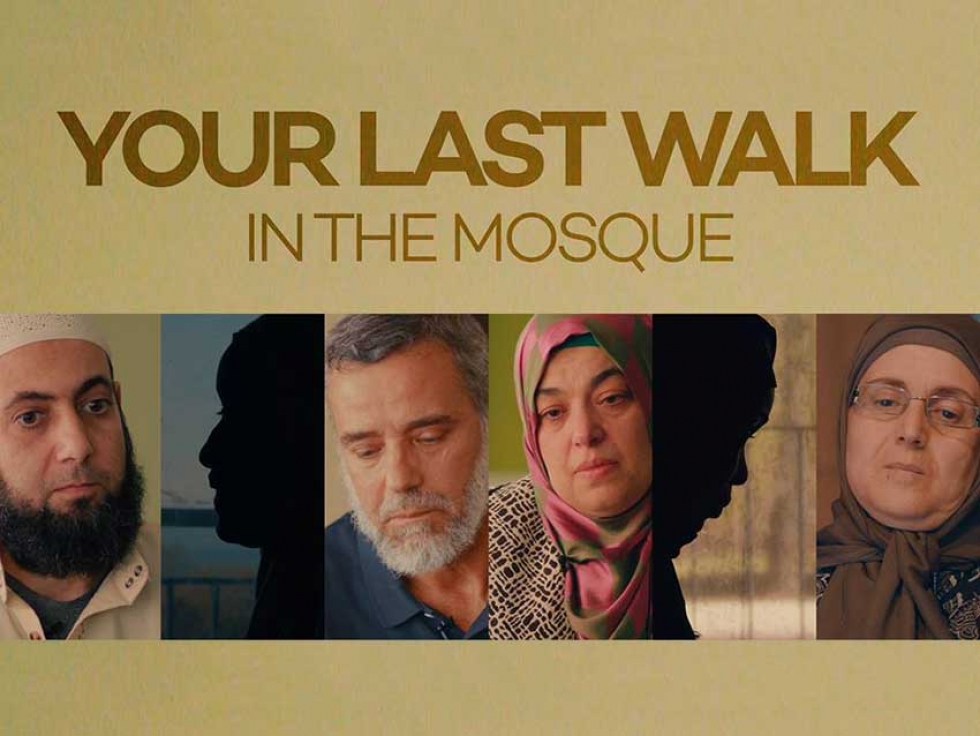 Your Last Walk in the Mosque: Documentary about the Quebec Mosque Shooting is Now Available to Watch Online

On the evening of January 29, 2017, Alexandre Bissonette entered the Centre Culturel Islamique de Québec (CCIQ) in Quebec City and opened fire shortly after the end of the evening prayers.

Six worshippers were killed and nineteen others injured.

A whole community, a city, an entire country were left in shock.

Four months later,the survivors of the tragic attack and the families of those who perished shared the journey of their grief in order to create the documentary "Your Last Walk in the Mosque".

The documentary asks the following questions:
What happened inside the mosque on that day?
How is Quebec City's Muslim community coping with the impact of this traumatic event?
How did the growing political acceptance of Islamophobia lead to such an event?

View the trailer for the documentary on YouTube below:

The film's producer, Tariq Syed, an active volunteer with the Islamic charitable organization DawaNet and a lead coordinator of that organization's MuslimFest in Mississauga each year, travelled to Quebec City within days of the shooting. He met with survivors, widows and orphaned children. He attended the funerals for the six victims, both in Quebec City and Montreal.

A month later, he was planning to travel back to Quebec City to deliver funds raised by DawaNet for the families. He was discussing his upcoming trip with a colleague, who then asked him if six or five people had died.

In an interview in a 2018 with the Montreal Gazette, Syed explained his reaction to this question: “I thought to myself: ‘This just happened, and somebody already doesn’t even know how many people died’. It’s one of the worst tragedies in Canada in recent times. And he couldn’t remember — forget about names and everything else — he didn’t even know how many people died. What can I do, from my end, to change that? The best way to capture it was to make a documentary.”

Syed reached out to filmmaker Abderrahmane Hedjoudje, who is based in both the United States and France and who he knew spoke French so would be best placed to do interviews with the survivors. Hedjoudje had previously made an award-winning documentary about Muslims in California. Hedjoudje then brought in Ubaydah Abu Usayd whose talents and interests he felt would be ideal for this project.

View an interview with Tariq Syed with TRT World News in 2018 on YouTube below.

In their director's statement on the documentary's website, Hedjoudje discusses making the film:

"We arrived from Paris only with a broad idea of what happened on January 29. The French media hardly covered this event, they carefully avoided to raise this issue of Islamophobia as it is linked to some problems that exist in France. When we arrived at the Islamic Center of Quebec four months after the attack, we walked through the door as if we were entering any other mosque in the world.

We took off our shoes, everything seemed normal, even the smiles on the faces of the mosque representatives who welcomed us with great warmth and hospitality.

We found only very few physical traces of the attack, everything had been repainted, covered, hidden.

Almost everything...some signs were obviously still present in the eyes, in particular in the eyes of those who had seen the attack. With our team, we immediately understood that we did not want to begin an investigation, or to make an institutional film for commemoration.

What we had to do was to place the camera at the right distance to capture what the eyes had to tell. It was the only way to seize and understand the griefs that flashing media events and trepidation cannot portray. The idea of the documentary was set although the time to do it was short. In five days only, we witnessed what could have been days and months of emotional sharing while being absorbed by the mosque environment.

This is probably at this moment that we started to question our perspective: most of the stories we were gathering were shaped by a particular state of mind we did not catch right away and were not expecting. Since the beginning, we had to face something beyond simple testimonies: the resilience of the witnesses, the survivors and families of those who perished. This resilience had to be understood not only as a psychological post-traumatic concept but rather as a true spiritual vision about life and death, a vision amplified by the meaning and symbolic value of the place the tragic event took place in. The fact of dying in a mosque has a strong and important meaning for this community who choose to keep – we noticed it once the mosque was empty – few pairs of shoes on a shelf, at the entrance, the boots of the ones who perished on the mosque carpet. “We did not want to take them off” Mohamed Haroun, one of the mosque representatives, told us.

Finally, the last physical traces of this tragic night are the stains of salt and snow yet in evidence on these boots sitting there for months. Everything else has been covered and cleaned, set to remain only in the memories and hearts of this community, and we hope partly in this film that pays tribute to those who are left."

View an interview in French with filmmaker Abderrahmane Hedjoudje by Mizane TV on YouTube below:

In the interview above, Hedjoudje discusses the importance of now having this documentary available to be viewed globally online and raises concerns about how little media attention has been given to this tragedy in other countries such as the United States and France where similar nationalist sentiments and hate crimes against Muslim communities as those that preceded the attack on the mosque in Quebec regularly take place. He also explores the spiritual aspects of the film in relation to the meaning of dying in a mosque for Muslims.

The documentary takes its title from an interview with Aymen Derbali, who at the time was recovering in hospital from being shot seven times while trying to fight off Bissonette. Derbali is now paralyzed. The documentary begins with Derbali in a hospital bed stating “I walked in the mosque. I no longer walk, My last walk was in the mosque.”

In heartfelt interviews those who witnessed the shooting, widows of those who were murdered, and some of their children recount the impact of the tragic events of January 29th on their lives and their community.

The documentary is in French with English subtitles.

To rent or buy the documentary online on Vimeo, click here.

A portion of the fee from rentals will go towards supporting the 17 orphans from the mosque shooting.