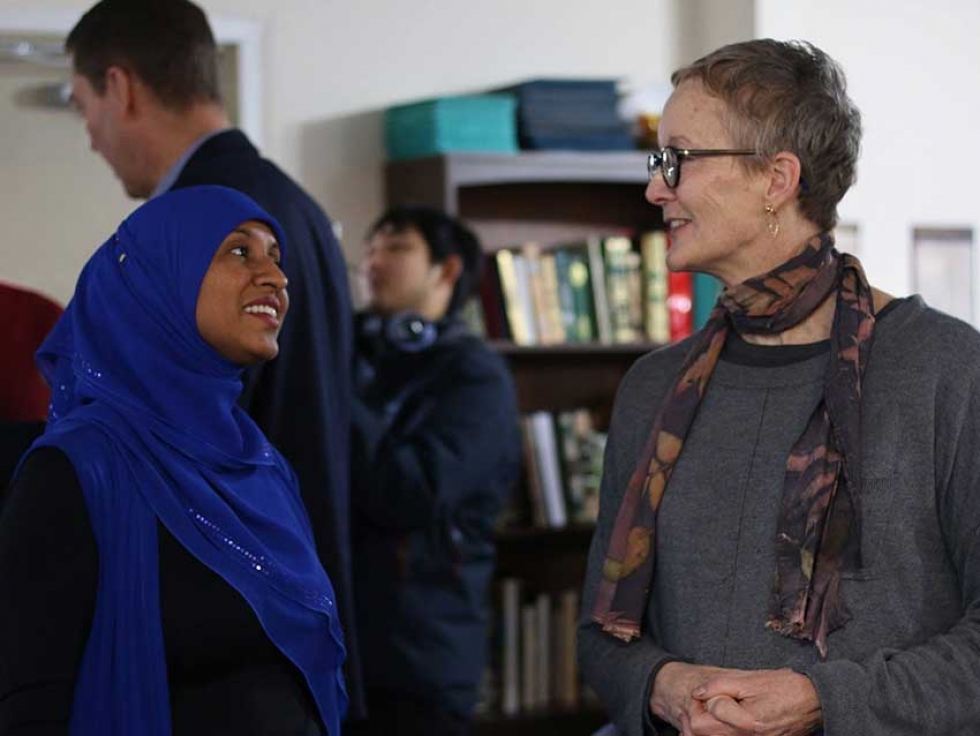 Despite Threats, The Canadian-Muslim Vote’s Visit My Mosque Day Events A Success

The Canadian-Muslim Vote, a non-profit, non-partisan organization increasing democratic engagement within the Muslim community, held a very well-attended Visit My Mosque Day across Canada on Saturday, November 10, 2018. Several mosques across the country welcomed the public to get to know their Muslim neighbours. Attendees included elected officials such as MP’s, MPP’s, and municipal officials.

Participants of Visit My Mosque Day said that they were happy to meet their neighbours, were surprised at how much the Mosques are contributing to the local community, and how warm and hospitable each centre was. All were serving food ranging from traditional dishes to pizza, and some who returned from past visits remarked that the hospitality they saw was year-round and not just one day a year.

The event was organized to help increase dialogue to overcome racism, Islamophobia, all forms of discrimination, and to increase civic engagement. Mariam Rajabali, a volunteer with The Canadian-Muslim Vote said afterwards that, “we are excited to come together in solidarity and celebrate diversity with our neighbours and politicians with the goal of increasing dialogue and democratic engagement.”

The event took place despite the large wave of hateful and sometimes violent Islamophobic messages being levelled against The Canadian-Muslim Vote as well as participating mosques on social media.

Two threats were taken very seriously and the police were notified. One was in Sherbrooke, Quebec, where the mosque was assured by police that a number of measures would be taken to maintain the safety of the community. The other was in Scarborough, Ontario, where the mosque hopes the perpetrator will be arrested once they are identified. Both mosques still participated. However, two other mosques, both in Quebec, decided to cancel their open houses as a result of the overwhelming negative sentiment they were subjected to on social media. One of them withdrew only the day before the event over safety concerns.

Ali Manek commented about posts on The Canadian-Muslim Vote’s Facebook Page. “We left every post up because we started to see the community rise to the occasion and join us in the fight against Islamophobia and discrimination. Some of the conversations online turned into a beautiful dialogue which we hope will ultimately break down barriers and build bridges. Those are the ones that we have to focus on - not the ones that aim to discriminate and make the community feel isolated.”

Manek continued on why the organization decided to proceed despite threats, “I had to reflect often on the event. We are saying, despite the negativity, we are still going to be right here. We are still going to answer your questions. We have to open our doors and be vulnerable, and by doing so we plant a seed that will grow into a stronger, united community that our kids will benefit from. Those visitors who attended remind us about why participating in all forms of civic engagement is so vital to the future of all Canadians.”

The Canadian-Muslim Vote anticipates a large growth in participation for next year’s event, which will be held on October 6th, 2019, just prior to the anticipated Federal Election.

Statements on social media from elected officials and others who attended included:

The Canadian-Muslim Vote was founded in 2015 with the mandate to mobilize Muslim voters, in a non-partisan fashion, at all levels of government. It is estimated that in the Ontario Provincial Election Get Out The Vote Campaign, The Canadian-Muslim Vote had nearly 2-million touch points with the Muslim community. They were also very active in both the Quebec Provincial Election as well as the Ontario Municipal Elections in October 2018. This is the second annual Visit My Mosque Day in Canada, modelling similar events taking place across the world, including in the UK, France, Norway, and Australia.

HuffingtonPost.ca: Muslims Invite Other Canadians To 'Visit My Mosque' And Ask Them Anything

The Muslim Vibe: Mosques across Canada opened their doors to their neighbours as part of the second annual 'Visit My Mosque Day

The Signal Halifax: Halifax mosque invites visitors in to learn about Islam