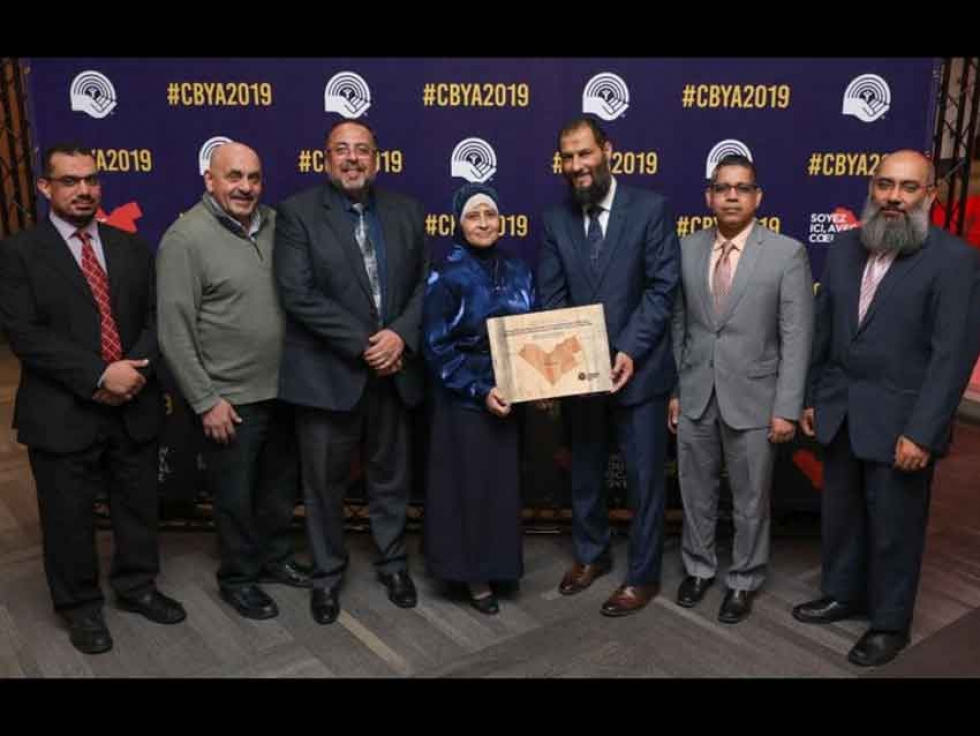 Members of the United Muslim Organizations of Ottawa-Gatineau at the United Way Community Builder of the Year Awards Ceremony in May 2019. United Way
27
June
2019

On May 16, 2019, the United Muslim Organizations of Ottawa-Gatineau (UMO-OG), which includes mosques such as the Assunnah Muslim Association and the Ottawa Muslim Association, received a United Way Ottawa Community Builder of the Year Award.

United Way Ottawa’s Community Builder of the Year Awards Gala celebrates those who have made a lasting impact on our community. Though they come from all walks of life, they all have one very important thing in common—a local love that inspires them to make a difference in this wonderful city we call home.

One of the awards, the Healthy People Strong Communities Award, celebrates a person or group who is working to improve the lives of vulnerable people, including seniors, people living in poverty, and those facing mental health or addictions issues.

This year, the Healthy People Strong Communities award will be presented to the United Muslim Organizations of Ottawa-Gatineau for the work they did to help people displaced after last fall’s tornadoes as part of the After the Storm campaign, and by bridging the gap between the faith community and the social services sector.

Members of UMO-OG worked together to raise $36,320 to support the campaign.

Here is a video from United Way to highlight the UMO-OG (It may take a few moments for the video to load from YouTube).