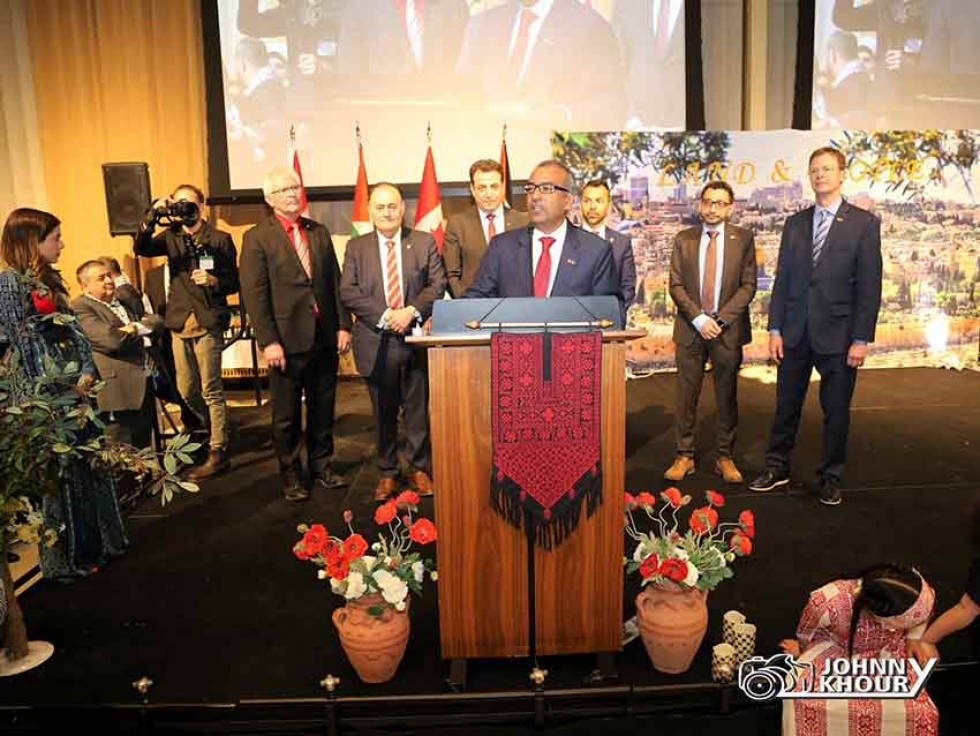 Written by  Association of Palestinian Arab Canadians
Published in News

The Association of Palestinian Arab Canadians (APAC) hosted Palestine Day on the Hill for a sixth year in a row, and achieved a wide presence and a great success praised by all observers and participants alike.

After the folkloric Palestinian dance performance by the Kufiyeh group in Ottawa, Jamal Hamed, president of APAC, welcomed the audience and thanked them; in particular the Canadian parliamentarians who are always in solidarity with Palestine.

MP speakers addressed the crowd with emphasis on strengthening Palestinian-Canadian relations and expressed their happiness with the opportunity last year to visit Palestine and be informed first hand of the situation experienced by the Palestinians and witnessed the Israeli violations in the occupied Palestinian territories.

Ambassador Nabil Maalouf, who thanked APAC for its continued success in organizing this celebration, expressed his pride in the Palestinian community in Canada, especially on this day, which was attended by representatives of Palestinian associations from different Canadian cities. Ambassador Riyad Mansour, who delivered the speech to the MPs and the community on behalf of Palestine, praised the participants and the deputies and affirmed the official Palestinian position that there is no solution to the conflict in the Middle East except by establishing an independent Palestinian with East Jerusalem as its capital.

Watch a video with highlights from the Palestine Day on the Hill last year.