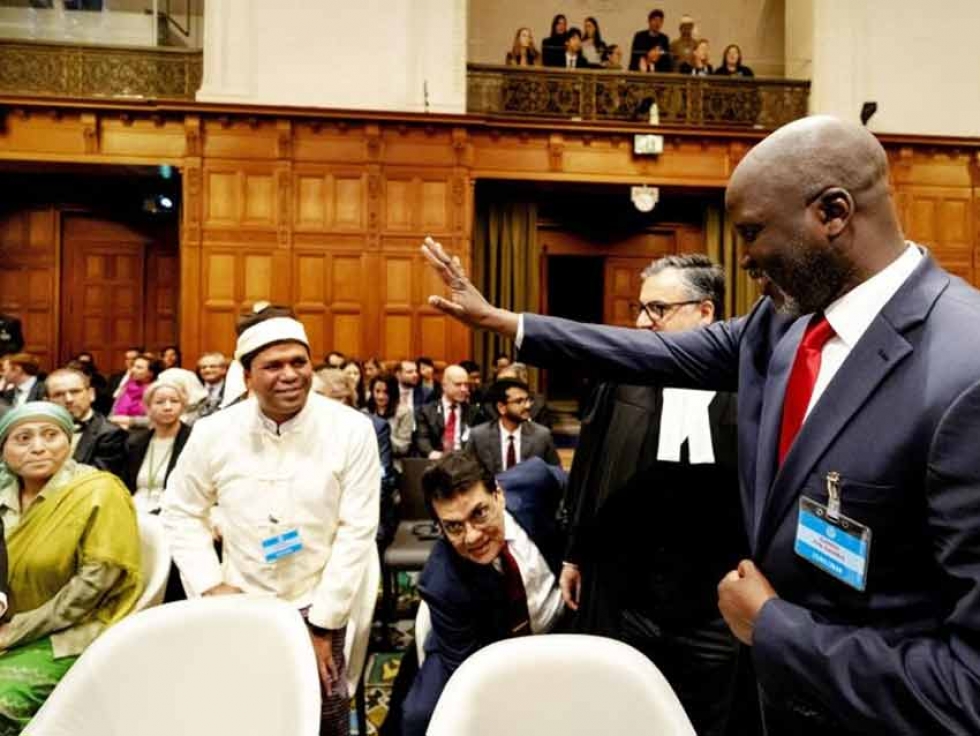 Written by  Justice for All Canada
Published in News

”It is a great day for those fighting to prevent genocide in the world. For the first time, the highest court in the world has declared, Rohingyas in Burma must be protected against genocide,” said Burma Task Force Chair Imam Malik Mujahid, speaking from the Hague. “The world now must ensure that Burma abides by this ruling. Burma and Bangladesh both must allow Rohingya the right to education, the right to earn a living, and the right to travel freely as soon as possible.”

According to the UN Charter, judgments of the ICJ are binding, and will be sent to the United Nations Security Council. It is, therefore, essential that the Council works to ensure Myanmar’s full compliance with the Court.

In this action the ICJ is responding to a request made by The Gambia, which filed a lawsuit at the ICJ on November 11, 2019, accusing Myanmar of violating the Genocide Convention for its policies of mass misplacement and atrocities against the Rohingya minority.

Notably, judges from Burma and China both agreed with the unanimous decision of the ICJ.

All 152 states that are parties to the Genocide Convention have an obligation to prevent and punish the crime. The Independent United Nations Fact-Finding Mission on Myanmar (FFM)concluded that Myanmar’s military has committed acts of genocide against the Rohingya minority in Rakhine State and that the government still “harbored genocidal intent.”

Burma Task Force Canada has worked since 2012 to stop genocide in Burma, as a program of Justice for All Canada, the UN-accredited human rights NGO working to address the persecution of minorities in several nations.

“We thank the Court for this important step towards peace and justice. It is time for certain governments to stop making excuses for Burma,” stated Taha Ghayyur, the Executive Director of Justice for All Canada. “We commend the Canadian government’s leadership in declaring the Myanmar government orchestrated persecution of Rohingya a genocide and for supporting the Gambia’s lawsuit against Myanmar at the International Court of Justice. We need to remain committed to this legal until complete justice is served.”

For further information contact This email address is being protected from spambots. You need JavaScript enabled to view it.

Justice for All Canada is a Canadian human rights organization advocating on behalf of the indigenous minorities facing oppression, crimes against humanity and genocide. Burma Task Force Canada is a program of Justice for All Canada, which is the only advocacy organization of its kind working in the human rights space today, focused on defending Muslim minorities around the world.

Justice for All Canada

Latest from Justice for All Canada