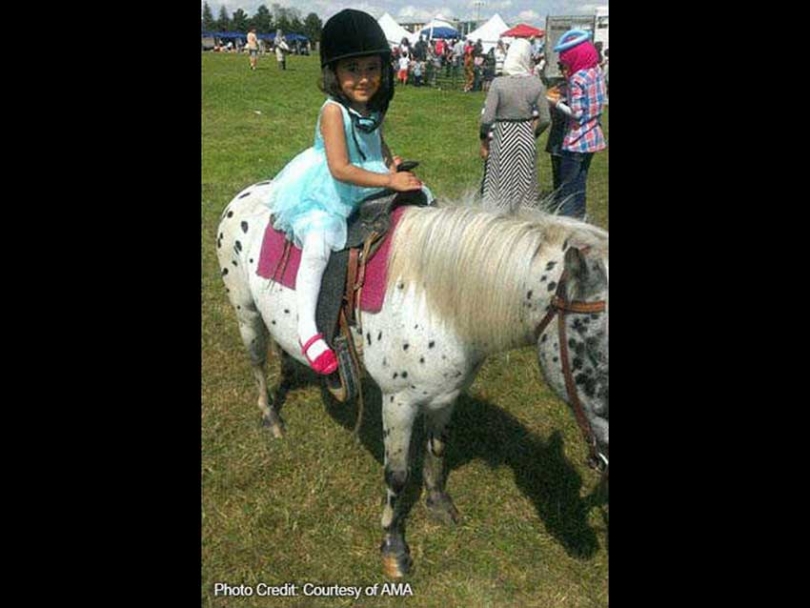 Ottawa's first-ever outdoors Eid prayer and Khutbah (sermon), held at Greenboro Park, was by most accounts a smashing success as a large number of families chose to remain at the park for what turned out to be a fun-filled day of games, activities and entertainment.

The Aug. 8 event organised by the Assunah Muslims Association (AMA) began with breakfast was provided by the Saudi Club and a variety of food vendors.  Thereafter, families took to exploring the large Eid Bazaar on site. Children were excited to participate in a number of activities, including pony rides, a petting zoo, face painting, henna, inflatables, soccer games and a balloon artist.

There were also a number of family-oriented games played throughout the day, including potato sack races, a water balloon toss, yoghurt feeding competition, a women's trivia competition, and musical chairs with anasheed (Islamic songs).

AMA also arranged for a visit from the Ottawa Police Services and the local fire department.  Many kids were thrilled to have the opportunity to sit in an actual police car and have a hands-on experience on a fire truck.

The day finished off with a raffle draw for participants who visited all of the vendors on site and completed a Vendor Card.  The Eid Festival ended at Asr time, but many families remained at the park to enjoy the final remnants of the first day of Eid.

Salma Haslam is an active member of the Assunnah Muslim Association.