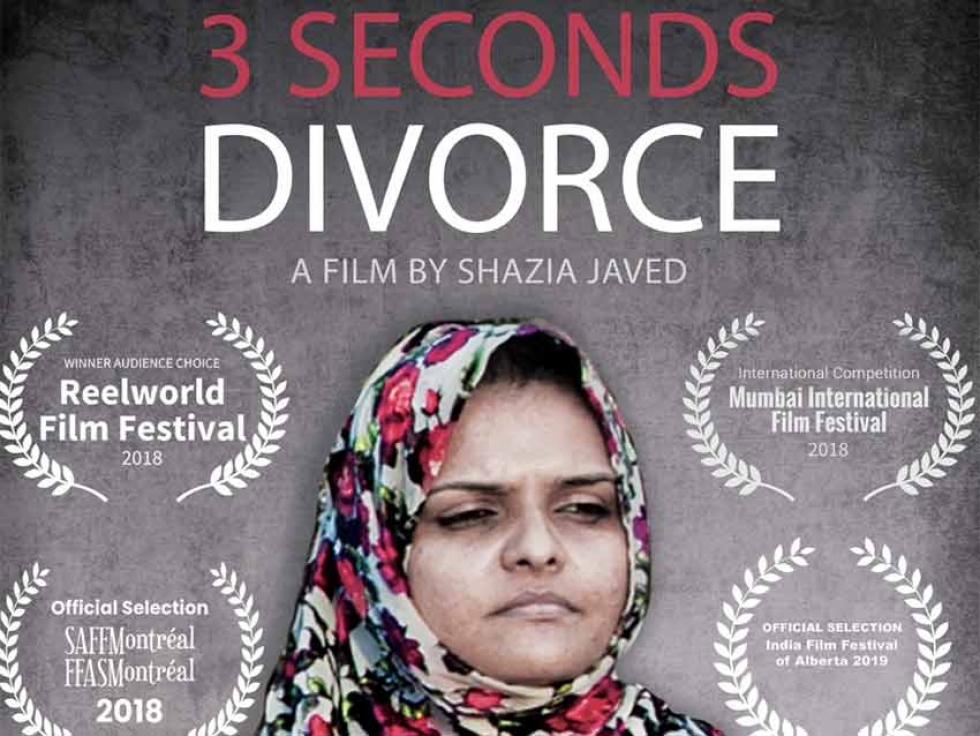 Streaming now on Netflix, the controversial documentary sheds light on the practice that allows Muslim men to divorce their wives simply by saying the word ‘divorce’ three times. Commonly called triple-talaq or triple-divorce, this instant, oral divorce can only be given by men.

In India, Muslim women have been fighting to have this practice legally abolished. “3 SECOND DIVORCE” takes you into this world through Lubna, who finds herself in this position. Lubna makes her way into Bharatiya Muslim Mahila Andolan, an Indian Muslim women’s group advocating for a legal ban on this type of divorce. “3 SECONDS DIVORCE” tells her story with a rare behind the scenes access to the movement that led to a ban on instant, oral, divorce in India.

Javed’s thought provoking and connecting films have been broadcast internationally and screened at film-festivals including Hot Docs, DOXA, ReelWorld and MIFF.

You can watch on NETFLIX Canada here